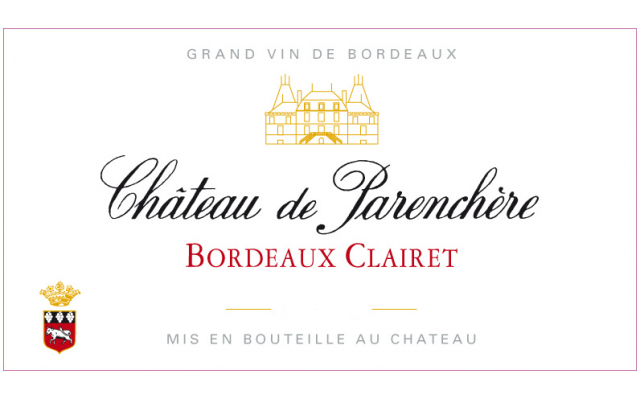 Several years ago when I was on assignment in Bordeaux, one of the winemakers I interviewed was Esme Johnstone, a former major British wine merchant who had taken up residence as director of Château de Sours near Saint-Quentin-de-Baron.  His biggest opportunity, Johnstone told me, was to make loads of rosé wine to sell in England, as the Brits had been keen on rosés long before Americans got on the bandwagon.

At the time of our conversation, however, he was quite ticked off at French authorities because in the previous year he had too strenuously “bled” the juice off his red grapes, resulting in a rosé with more color and stuffing than was the norm.  “They made me label it ‘Clairet,’” Johnstone fumed.  “I can’t sell clairet to people looking to buy rosé.”  For whatever reason, the following year he went back to England, again selling other people’s wine.

Even for people who drink Bordeaux, many have never heard of “clairet,” let alone sipped a glass of one.  And old Bordeaux hands often think the conversation is about something else. That’s because the English wine trade once called all Bordeaux red wine “claret,” which they pronounced “CLAIR-utt,” because long ago most Bordeaux red was lighter and clear – “claret.”  In modern times, Bordeaux reds acquired more heft and color, albeit sometimes with the addition of heartier wine from southern France.

But through the years, some winemakers in Bordeaux have commercially made a lighter red, which they pronounced “CLAIR-ay” and spelled with an addition “i” – “clairet.”  Journey to Entre-Deux-Mers or some places on the Right Bank, and winery tasting rooms will offer you a red wine or two, sometimes a white, but also a clairet in addition to, or instead of, a rosé.  Yet too often, when pouring the clairet, the proprietor says with a sigh, “We don’t sell that in the U.S.  Our importer isn’t interested.”

We writers are always looking for “hidden gems” and “best kept secrets” to the extent that they have become clichés, even when the descriptions are accurate.  And in the case of clairet, both descriptions are accurate.  But clairet, I believe, has a natural market in America as a category that combines the best characteristics of red wines and rosé wines and can eventually move beyond the “hidden gem” category:

Some Bordeaux producers who make both a clairet and rosé say the difference between a Bordeaux rosé and a Bordeaux clairet begins in the vineyard.   “The best terroir of a rosé is deep clay, where there is no stress for the plant and which is the best soil for aromas,” says Patrick Carteyron, owner of Château Penin in Génissac, a premium producer of clairets.  By contrast, he says, the best soil for clairet is clay over gravel, producing more elegant aromas and tannins.  “For the rosé, we do immediate pressing of grapes in order to not extract color,” Carteyron says, while “for the clairet, there is an average of 36 hours of pre-fermentation, so there is the extraction of few tannins and a light color near the color of red wine but clearer than red.”

The grapes used in making clairet can be any of the red Bordeaux varieties, but there seems to be a preference for using Merlot, either by itself or as the dominant grape in a blend.

“The Cabernet brings the all-important acidity and great aromatic potential to our clairets, particularly strawberry and blackcurrant,” says John Lujan, export manager for Robert Giraud, the producer and shipper that owns Château Timberlay in Saint-André-de-Cubzac.  “The Merlot gives us that smooth, fuller body in the wine. Together, they bring out the fruitiness, freshness and volume on the palate which you look for in a good clairet style.”

“We decided to produce only clairet, as we believe this wine has more history and personality than Bordeaux rosés,” says Julia Gazaniol, whose family owns Château de Parenchère in Ligueux.  “It is a unique and different style of rosé that you cannot find elsewhere. Because of the roundness of the wine, and its structure which is more present,” she says, “this is a great wine for food pairing. We use it with barbecue and summer salads, but also with spicy cuisine – Thai, Chinese, and also paellas.”

According to clairet producers I have met, there is not yet a huge export market.  Belgium is the primary customer, it seems, with Switzerland and the United States trailing.  However, producers who have poured their clairets in the United States say drinkers love it – the old case of “try it, you’ll like it.”

“Each time that we do a tasting, people enjoy it a lot,” Carteyron says. “The problem is with the fact that this product is not known at all. There is no information about clairet in U.S.!”  Bordeaux producers also say they have the capacity to produce loads of clairet – if the demand eventually comes.  “We already produce a lot,” Gazaniol says.  “Already one-quarter of our production is clairet, as our demand climbed in Belgium. We can still produce more if the demand is there.”

Every brand trying to gain in popularity needs a positioning.  When asked about the popularity of clairet versus rosé among the Bordelais, Carteyron replies, “The rosé is more ‘popular,’ and the clairet is more ‘elitist.’”