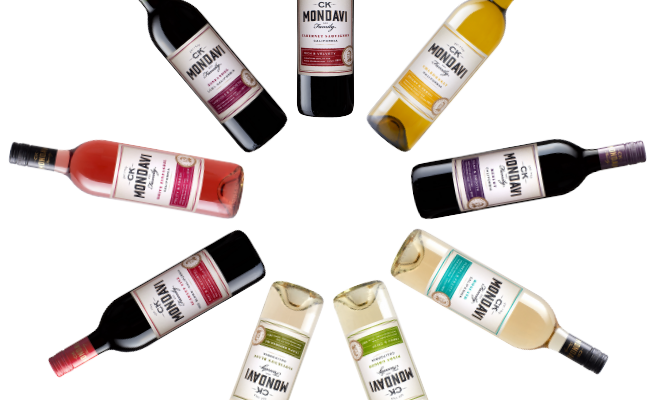 Recently I’ve been tasting through the new range of CK Mondavi and Family wines. Inspired by the 2016 Chardonnay – and by the excellent line pricing of these wines – I asked to see more of them.

First of all, I have to mention that I tasted these wines with a variety of friends, and the wines proved to be quite popular. However, from my point of view, some were better than others.

In addition to the previously mentioned Chardonnay, the best of the current releases of this line were the Merlot and the Cabernet Sauvignon.

The 2015 Merlot is simply labeled “California.” It had bright ripe berries with an earthy tinge in aromas as well as on the palate, where red berries with integrated, soft tannins and a fine streak of acidity showed their presence nicely, fading appropriately into the finish.

The 2016 California Cabernet Sauvignon started intriguingly with a touch of herbs and sweet fruit in the aroma. It added spicy tannins and a good fruitiness, a bit sweet, but save by mild acidity and a touch of grippy tannins in the finish: better in about six months?

The other red wines I tried included the 2015 Zinfandel from Lodi, the heart of Zinfandel country, but here I was disappointed to find over-abundant fruit flavors the day we opened it, and the second day it was even fruitier, more like juice than wine.

I had high hopes for the 2014 Scarlet Five which was described on the label as a “Red Blend” from California. It had nice aromatics but overall was simply too sweet on the palate and end-palate – despite some showing of bright acidity, and of mild tannins in the finish; there was even an exhale of bright red fruit at the end which did not help.

The rest of the wines, including the Sauvignon Blanc, the Pinot Grigio, and the White Zinfandel (all labeled “California”) may have been crafted to show a variety of organoleptic elements but they never coalesced for me – though other people in the room enjoyed them.

And I have to mention the price: around $8 each, which is always a thrilling find for me!