Today, most wine is fermented in stainless-steel tanks. Very clean, very modern, very industrial. Very congruent with the food processing industry and it’s (sometimes reassuring, sometimes disturbing) obsession with sleek, sanitizable surfaces. Stainless steel only debuted in winemaking circa the 1950’s, but it’s now ubiquitous. So, of course, there are folks – including some white wine experimenters in Oregon’s Willamette Valley – looking back to see what we can do without it. I recently found myself tasting a few examples on my way through the area and they stood out enough that I wanted to know why. 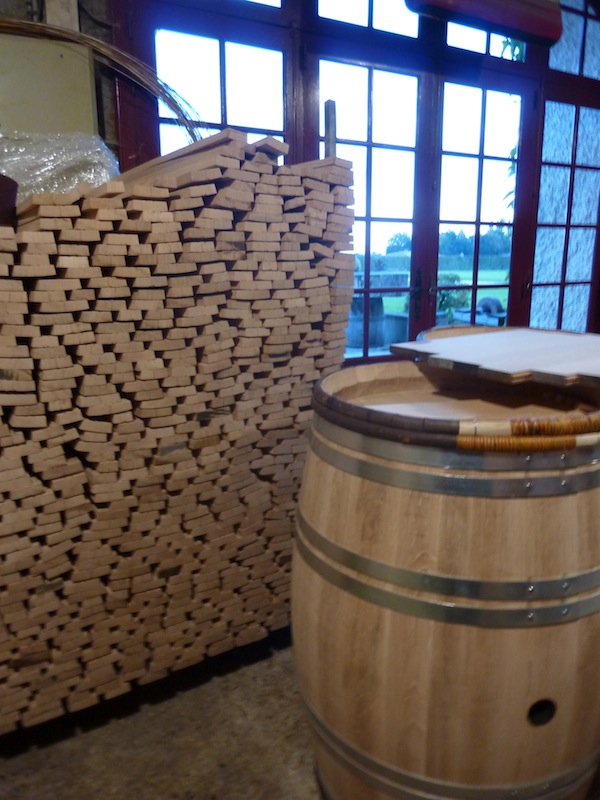 Call it hipsterish, call it retro or anachronistic, but the barrel fermentation movement is about what attentive craft winemaking is so often about in this post-Davis, post-Cornell, post-Australian Wine Research Institute era: now that contemporary science has made it relatively easy to make clean, fault-free wine, what can we salvage from the old ways to make wine that is not only fault-free but beautiful and expressive? Not surprising, then, that I ran into a rather generous selection of barrel ferments on my recent all-too-short visit to a few Willamette Valley wineries. I can always count on my fellow Oregonians to be at the front of anti-industrial experimentation. Neo-barrel fermentation is hardly new, but it still stands out in a sea of stainless.

There are plenty of practical time-and-money considerations surrounding barrel ferments, even with white wines where figuring out what to do about skin contact isn’t usually an issue. But let’s imagine for a moment that we live in a fairy-tale world where all cleaning happens by magic and money sprouts from grapevines in the spring. Barrels can be ordered to scrub themselves, wineries buy as many barrels as they need, and winemakers devise ingenious ways to cool them so that labor, lot size, and temperature control aren’t limiting factors. In reality, choosing what and when to barrel ferment can have as much to do with managing the physical barrels as anything else. For a few minutes, though, I’m going to pretend as though the base concerns of time and money are irrelevant and that mouthfeel, flavor, and aroma can be our only concerns.

Barrel fermentation is far more than just a plus-oak operation, especially for these Oregon winemakers working with relatively lighter and leaner styles of Pinot Gris, Pinot Blanc, and Chardonnay (which W. Blake Gray recently discussed here). Eschewing the stainless is about oxygen, lees contact, and maybe just a bit about the oak itself. Reducing barrel fermentation to these three elements is overly simplistic, but it’s a start at understanding something very complex that we don’t yet understand very well.

Oxygen. Oxygen and wine are a frighteningly complex combination. Oxygen manipulates how tannins evolve – which changes both mouthfeel and flavor – how color develops, how aromas change, and how the specific and important markers of oxidation or reduction arise. Very small amounts of oxygen permeate the liquid-tight sides of oak barrels – which steel tanks obviously don’t permit– but it’s fair to ask whether that oxygen is significant in any way. During red wine fermentation it probably isn’t, simply because whatever technique is used to mix the skins up with the juice (punch downs and such) also incorporates a lot of oxygen. White wine isn’t subject to the same violent mixing, so the little bit of oxygen transfer that occurs during fermentation might be more important.

Lees contact. Lees are the undifferentiated gunk that ends up at the bottom of wine after fermentation. While lees include some tartaric acid crystals and often whatever fining agents the winemaker has used to help clarify the wine, dead yeast cells are the primary component of lees and the most important flavor-wise. Yeast break open as they die – a process called autolysis – and release flavor- and texture-influencing molecules including mannoproteins, amino acids, esters, aldehydes, ketones, and myriad other stuff (discussed in more detail here). Collectively, these products of autolysis contribute body and richness, soften how we perceive tannins, and add flavors along the toast-vanilla-nut spectrum that we typically associate with “yeastiness.” Barrel-fermented white wines tend to spend more time in contact with their lees because they generally ferment and then sit in the same barrel, with all of the dead yeast cells and other detritus left over from that fermentation, for a few months. White wines fermented in big tanks are usually taken off of their lees – racked – when fermentation finishes up; without separating and then recombining the lees and the wine, aging with the lees in tanks tends to produce icky sulfur aromas (a topic for another day). In barrel ferments, winemakers can control how much leesy influence they want by stirring or rolling the barrels around to resuspend the lees in the wine and by choosing to clarify the fresh-pressed juice (which reduces the quantity of lees, among other things), or pressing straight into the barrel.

Oak. The flavors and characteristics we associate with oak-aging are largely derived from compounds created when the wood is exposed to heat during barrel toasting. Among many other things, toasting oak yields:

Together, oxygen, lees, and the oak itself (and other less easily-identifiable factors, certainly) tend to bestow a different textural quality on barrel-fermented whites. More than anything else, that richer texture and the lengthy finish that tends to accompany it, is what stands out to me about these wines when they’re lined up with all-stainless and typical barrel-aged examples.

There is a productive support – and a productive tension, too – between the science of enology and the practice of winemaking. It’s unreasonable to pit controlled scientific experiments against cellar experience; the two serve different, complementary functions and the one necessarily dies without the other. In this case (and this isn’t something I say very often) I found tasting the wine to be far more helpful in understanding barrel fermentation than any article I could read.

Don Lange, winemaker with his son Jesse at Lange Estate Winery and Vineyards, began experimenting with barrel fermentation not because of a weight of evidence suggesting it would afford specific benefits but because he was seeking to differentiate his product from Italian pinot grigio. Recalling his early troubles marketing Oregon pinot gris, he recognized “there’s a lot of complexity in this grape” and decided that they could “take it more seriously” than the cheap Italian bottlings that then dominated consumers’ perceptions. He began using French oak puncheons for microoxidation, lees contact, and a bit of tannin. Puncheons – 500 liter mammoths compared to standard 225 liter barriques – plus limited contact (about four months) make it likely that lees contact rather than oxygen transfer or oak flavors is driving most of its round creaminess. 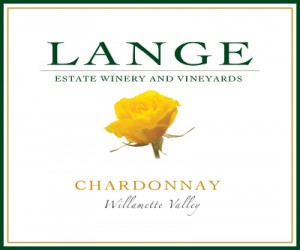 Jesse, Don’s son and colleague, asserts that “texturally,” the Reserve Pinot Gris is “one of my favorite wines to make.” I can see why: that roundness and creaminess made this gris more interesting than most I’ve tasted. The Lange Chardonnay – which Don describes as “lingerie Chardonnay” because it combines stainless and barrel-ferments, extending the “naked” Chardonnay metaphor – showed a similar mid-palate richness and long finish without the varietal fruit being weighed down by vanilla and butter and oak. The Eyrie Vineyards also make a lovely barrel-fermented Reserve Chardonnay, and Anne Amie experiments with a barrel-fermented rosé in the Cuvee A Midnight Saignée.

Sadly, we have very little data about barrel fermentations from well-controlled scientific studies. Maybe I shouldn’t be surprised; who, after all, is likely to fund barrel versus tank research? Most research including a tank versus barrel element includes some other variables, too, making it difficult to isolate the effect of barrel fermentation alone. Just as importantly, barrel fermentation is sufficiently complex that attempting to isolate and identify specific elements of that fermentation may mean failing to see how the process works as a whole. 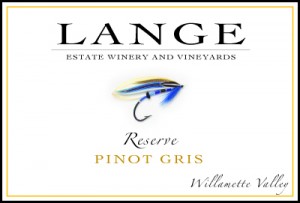 Real-world winery experimentation, in that sense, is far more valuable than laboratory ferments. But the lack of controlled experiments means that, when something interesting happens with those winery experiments, it’s hard to say why. Why did the Lange Reserve Pinot Gris seem weightier, richer, creamier than it’s stainless counterpart? Which sensory characteristics came from oxygen, from oak, from lees, and what specific compounds are responsible? We can’t say. We need both the laboratory and the cellar, but the two sometimes fall out of step with each other. In this case, it looks as though biochemistry has some catching up to do.