A Valpolicella Legend: An Interview with Romano dal Forno

Valpolicella, the territory close Verona (Italy) where renowed wines like Amarone and Ripasso are produced, is a lucky land: it has a myth and a legend of wine world. The myth is Giuseppe Quintarelli. The legend is Romano Dal Forno.

“When I was five years old”, the legendary Dal Forno recounts, “I helped my dad with a mule in the vineyard; I could barely hold its reins. Suddenly, the animal kicked off my small sandals: I still remember the vineyard row where we were. To be born in the countryside means is to feel the umbilical pull that attaches and draws you to your land throughout your life. It’s how to get back to your father’s house every time… the memories are etched in rows”. 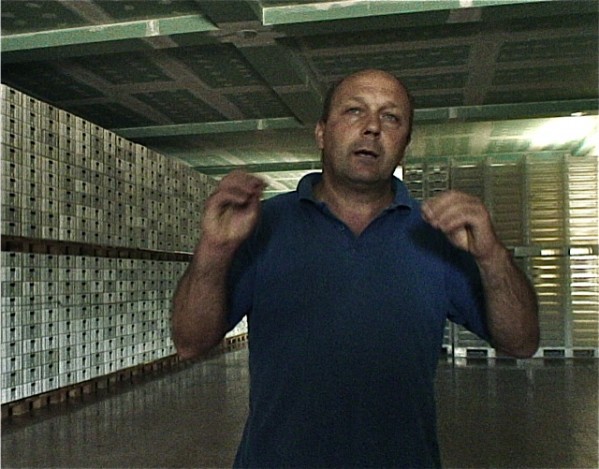 The episode belongs to Romano’s childhood world: vineyards, bunches, barrels and wines are his story, his personality. In a sense, he was taught to be patient, persistent and grateful by rhythms of nature. Gentle as a spring morning­­, Romano is generally friendly, though reserved. His intense blue eyes light up with joy when somebody asks about his family, his vineyards and his wines: they are his life.

I have known this authentic vigneron for some years, but now, I wanted to visit his new winery, still under construction. One day I called him to ask if I could come and visit, and a few days later we met in Illasi, where the new building is–big, gorgeous, impressive. It’s more like to a French château than a traditional Italian winery. Romano Dal Forno always admired France and its wines. His new edifice is both a response to his production needs (for producing, aging and storing his wines) and his personal aesthetic desire: “I love to work in fine rooms”, he explained.

While he talked, he showed me around the winemaking area. And I looked at the light reflected by the steel of his tallest tanks. Everywhere I saw an obessive attention to total cleanliness that made this space almost science-fiction-like (and very unromantic); Romano’s search for absolute quality in wine led him to adopt ever more extreme and customized technology in the cellar.

After walking around the winery, and through his pristine vineyards, our conversation began in earnest… 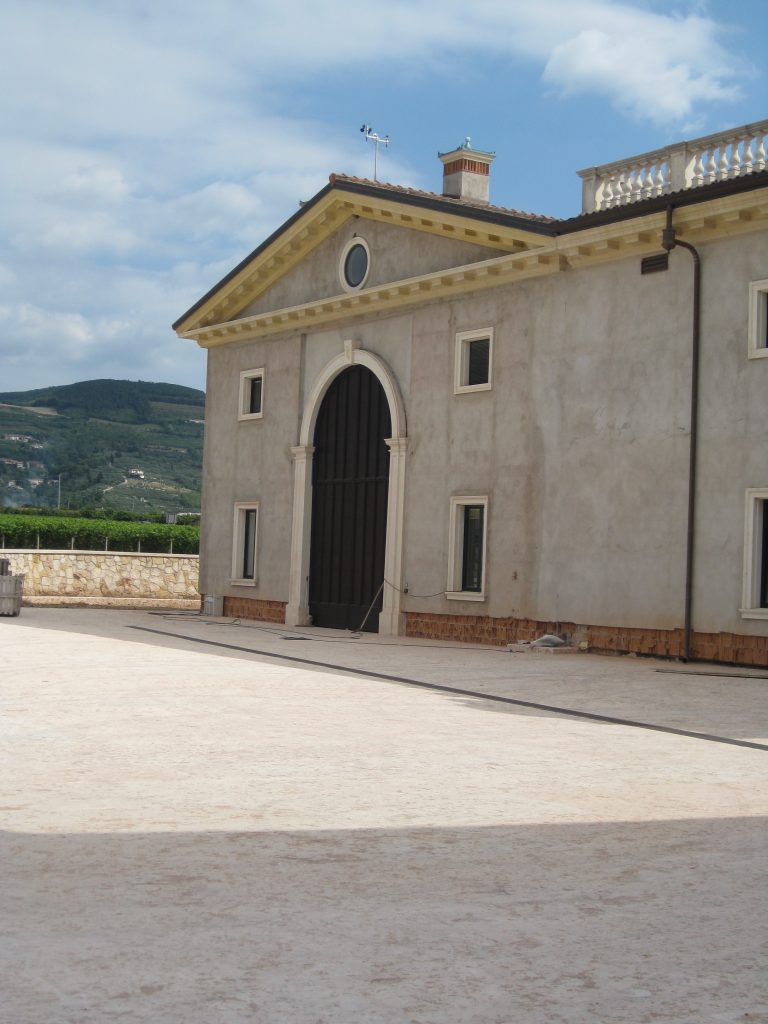 Tell me about your beginnings: is it true that your meeting with Giuseppe Quintarelli (probably the most famous wine producer of Amarone della Valpolicella in the world) was instrumental  in your entry into the world of  wine as a producer?

Yes, it is. My meeting with this great man and wine producer forced me​ to think about the depth and complexity of the job I had in mind to do. I was newly married, and my wife Loretta and I decided to tie our future to wine. I started by producing and selling it in bulk to some small retailers and a few nearby friends.

After that first meeting with Quintarelli, I was intrigued.  Many other meetings followed. I was going to him because I wanted to learn, to reach his level, to understand the qualitative objective he had in his head… Quintarelli’s suggestions lit my path,  but after a few harvests I realized it was time to stand on my own two feet. I had to discard any attempt to emulate anyone, and instead start following my own vision of what I get from my work. Thus my journey in the wine world began, enhancing the technological aspects, and looking for tradition as well as innovation. Because true tradition is changing, never static.

Do you consider yourself an ambitious person?

Yes, I am, but according the original meaning of the word: youth is like putting in bedding plants. You can only harvest the fruits of your labor when you reach a certain age.

Thus, you need to know to how to wait…

Exactly. Patience and humility are very important. I often say to my sons [Romano has 3 sons who work with him, and a little grandson]: don’t think you’ll always remain young, gathering just the fruits that ripen today. We have a mission: to convey our passion to future generations.

Romano, your wines — particularly your Amarone della Valpolicella — are famous all around the world. You are a brand. What is your concept of wine?

In the countryside, the practice of farming must dominate; in the cellar there must be a technological mentality. And when I say technology, I mean ‘respect’ and knowledge, not manipulation or distortion of the raw material.

What is Amarone della Valpolicella to you?

A wine that you cannot discuss. It’s an emotion, and emotions cannot be discussed. 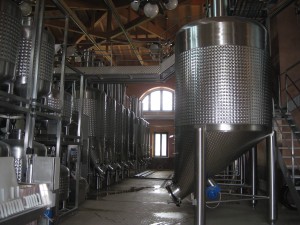 Have you changed anything in your style of winemaking, in recent years?

[long pause] We are reviewing our concept of wine aging in the cellar. This is because we realized that our wines evolve very slowly.  After three years  they are very different and much less fully-developed than other producers’ wines. Not better or worse, just different. Specifically, they are still fresh. As a consequence, their bottle-ageing requires a longer period of time to allow them to completely integrate the wood.

This fact, in perspective, could lead us to review the percentage of new barrels  in the cellar. Currently it’s 100%, but that could be reduced. Of course, it’s also a matter of the vintages, which are always different; wines cannot be treated in the same way, year after year. All I can do is manage the vintage even better, and make sure that nothing is wasted.

What do you ask of your wine?

Wealth of aromas, richness, balance, harmony, and above all the most possible fresh fruit, in order to achieve greater longevity. Do you know my dream? To equal the aging potential of the most renowned French chateaux: they have some vintages that can be enjoyed even after 40 to 50 years. For this reason, we are working 360 degrees in the vineyard and winery, in order to produce the best grapes and to protect the wine against premature aging.  For now, of course, we are at the beginning.  Only time will give us an answer.

Romano, what’s your relationship with the wine guides and wine writers – or wine communicators – in general?
Personally, I don’t go looking for them! I’ll tell you, I don’t understand them anymore. It’s been a long time since I understood their assessments, their messages, or their goals. I recognize the value that they had and still have, in spreading the message of  wine culture. Certainly, I do not make wine for them: I do what seems right for me. My relationship with communicators of wine is minimal; I prefer to stand aside, almost in a neutral zone. 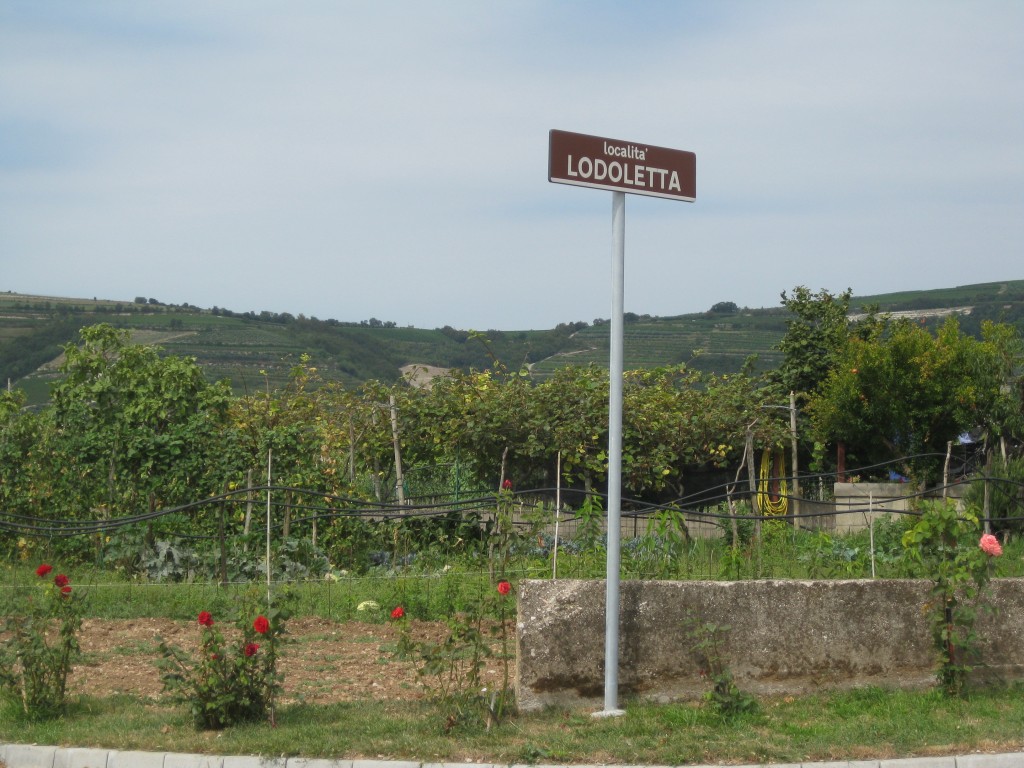 Excuse my frankness, but your wines cost a lot of money! What do you say to those who tell you that your bottles are too expensive?

I say they’re right! [smile] I cannot blame them, even if it’s their own personal evaluation of the wine. However, if I consider my process of production, I can justify the price  to the last penny. For example, we did not produce Amarone della Valpolicella in 2005 and 2007, because the vintages in our area were not favorable for this wine. This is a choice that always involves a 50% loss of revenue. Thus, I think that when the vintage is really good and the quality is very high, it is appropriate to charge a little for past suffering. Otherwise the winery could not survive.

The conversation was almost at its end. I had just one more question, the same one I asked Francesco Grigoli, the mythical Quintarelli’s grandson. I asked Romano what he thought explained the secret of his success. “Patience,” Romano answered quietly. His gaze was serene and confident.  “I believe that patience is the unbeatable factor. Fads come and go. Instead, seriousness and calm strengthen the image of a wine producer. My winery was founded in 1983: it took me over 25 years to establish my style, my “brand.” Maybe, today, many more years are needed, because the ‘golden days’ of wine are over.  But if a wine producer works well, and has patience, and above all believes in what he (or she) is doing, believe me: he or she can be successful. Even in these times.”