The average lifespan of a wine grape vine is one score years and five. Then it’s unceremoniously ripped out and sent on to a second life as compost, BBQ fuel, or crafting material. But at Cakebread Cellars in the Napa Valley, viticulturist Toby Halkovich and his crew have broken with tradition. They’re using a technique known as cordon renewal to create a vine revival. 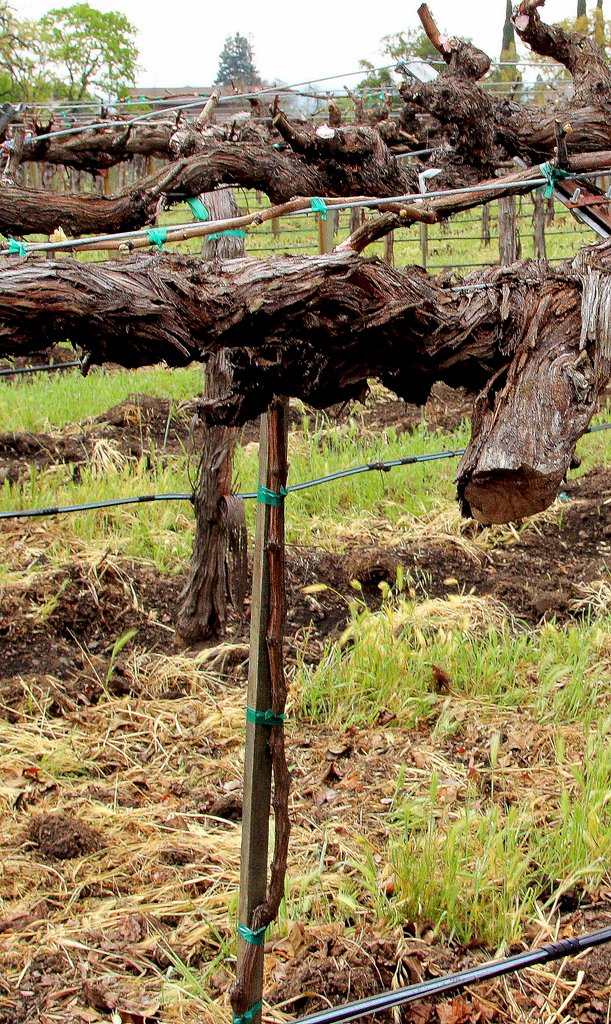 Vines don’t have to be ripped out at age 25 and there are some 50-year-old and even century-old  specimens in California and other parts of the world that are considered by many to produce  exceptional wines. But since yields are generally low, it’s not really a practical solution in the capital-intensive world of today’s wine industry, says Halkovich.

It’s an interesting twist on the adage that “old vines make the best wines,” and a timely development from a practical standpoint since a massive replanting of the Napa Valley has led to a shortage of nursery stock.

The way it works is one of the suckers that shoot out from the main trunk is allowed to grow instead of being pruned away as would usually happen. It’s then trained to grow along trellising while the old cordon (the branch that holds the grape clusters) is cut away. Buds form on the new cordon and, barring the myriad disasters that can beset a vineyard, new clusters are born.

Cakebread Cellars started experimenting with cordon renewal three years ago and now has three vineyard blocks undergoing the process. The idea originally began with the hope of extending the vines for five years, but Halkovich, director of vineyard operations, thinks it could now go 10 or 15 years since the roots are healthy.

“We’re pretty excited about this,” he says, although he adds cautiously that it will take more time to know if the technique is truly successful. “Ask me in five years,” he says with a laugh. “We’re either going to be really right or really wrong.”

The primary reason for opting for renewal over replanting was that the vines in question had good roots and were producing good-quality grapes, Halkovich says. Keeping the existing vines also helps keep the winemaking style consistent. “Why rip out a nice vineyard and have to start all over again when we are getting great quality fruit already?” he says. “Cordon replacement takes advantage of mature vines and gives them added life while they keep producing some of our highest quality fruit.” 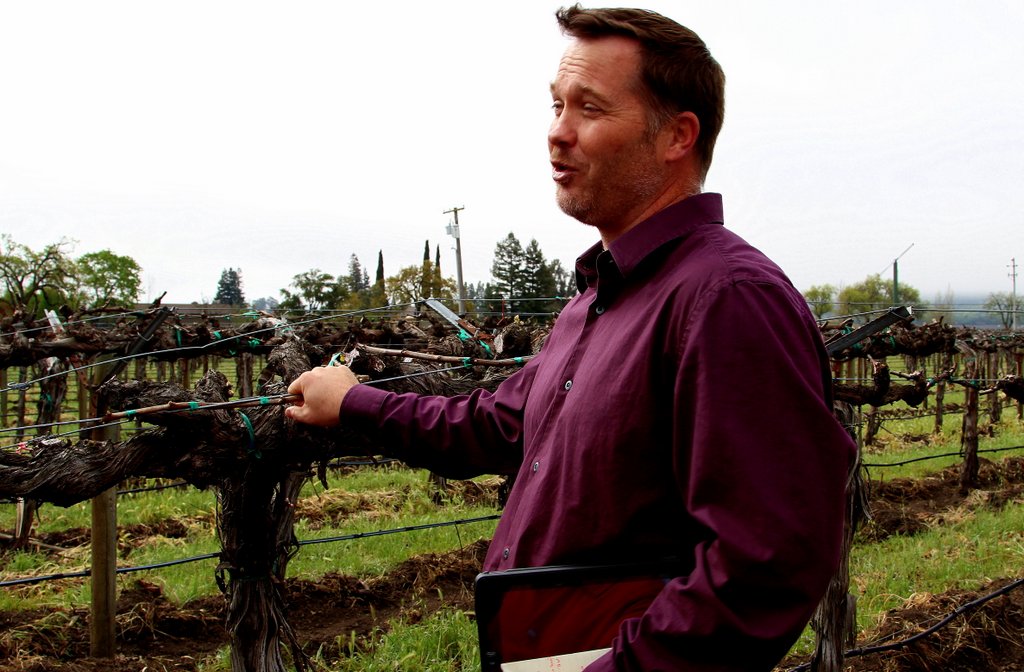 Halkovich started with sauvignon blanc and is also trying the technique on cabernet sauvignon. The first year he tested the grapes separately from the regular vines to make sure they were maturing at the same rate. “One of the things we saw is they were actually maturing the same as the rest of the plants,” he said. “They made great wine. If anything, the wine has improved because I think we have better vine balance.”

One wrinkle that Cakebread Cellars is still working on is removing old cordons that have become embedded on the trellising wire. For now, they’re leaving the severed branches on the wires, which gives a bit of a Texas Chainsaw Massacre look to the block, but  doesn’t affect the new growth. Eventually they expect to remove the old wood and wires once the new cordons are established.

“There’s this mindset that cordons are permanent,” says Halkovich. Historically, there’s been a feeling that “the vine goes the way the cordon goes. We just started thinking about it and asking, Well, why? There’s no reason other than, dare I say, tradition and that’s an expensive tradition.”