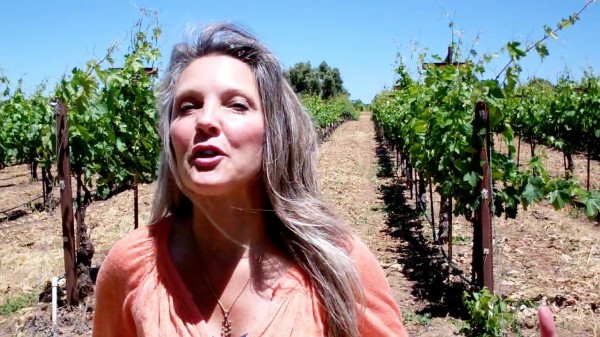 Taking Barbera Beyond Blends in California

For this year’s second annual Barbera Festival, held in California’s Amador County, winemakers brought samples of some 85 expressions of this highly drinkable varietal. They came up from Lodi, Paso Robles, Santa Barbara and Santa Cruz and over from Mendocino, Napa and Sonoma to merge with a majority of Sierra Foothills AVA vintners who have a distinct advantage: a foothills terroir that seems to coax the best and most supple charms from this Italian beauty. 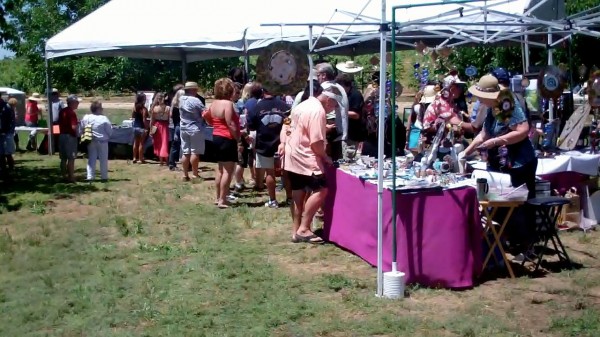 Though no one can deny the contrast in styles between the California Barberas and their drier Italian ancestors from Piemonte (some of whom were also present), no one is further denying that Barbera has staked out a tasty niche alongside the “noble Nebbiolo” from the old country.  Perhaps the success American vintners are having with the grape has emboldened Italians and vintners worldwide to take barbera—sometimes dismissed as a mass-produced blender or inexpensive table wine—more worthy of their nurture and nature as a rising star varietal.

U.C. Davis’ Nancy Sweet traces the history of the Italian import to California from its first appearance in the 1880s (Amador, Santa Cruz, Sam Mateo and San Joaquin and Sonoma Counties) to the present.

Though the Italians have well over 100,000 acres planted to barbera, Sweet reports that barbera acreage in California was down from a high of 21,000 acres in the 1970s to just under 7,000 acres in 2010.  She doesn’t address it here, but the drop-off is attributable to a number of factors: Barbera’s rise as an award-winning varietal means it is being used less as an acid-laden blending wine; the price of vineyard properties has risen so dramatically some growers opt for the pricier Cabernet Sauvignon or Pinot Noir grapes; a bottle of Barbera sells for $20 to $40, whereas Cabs can fetch ten times that.

Boutique-sized wineries have embraced barbera and made it a small-lot darling. The Barbera Festival host vineyard, Cooper Ranch, is a classic example. Some 40 years ago the late Henry Cooper was searching for a new varietal for his Amador County vineyard. As the story goes, Darrell Corti—a renowned international wine expert and Sacramento-area gourmet grocer—suggested barbera. Soon after, Cooper Ranch picked up where other California vineyards had left off a century earlier, planting barbera. In the years since, the barbera habit has become contagious in Amador County’s Shenandoah Valley as dozens of vintners followed his lead.

Among them are Charlie and Michael Havill who founded BellaGrace Vineyards in Amador County. The morning of the Barbera Festival they learned their 2010 Barbera had won the top prize in the 2012 California State Fair Commercial Wine Competition. When she got the news Michael said she (yes, she’s a she) screamed “No way!” 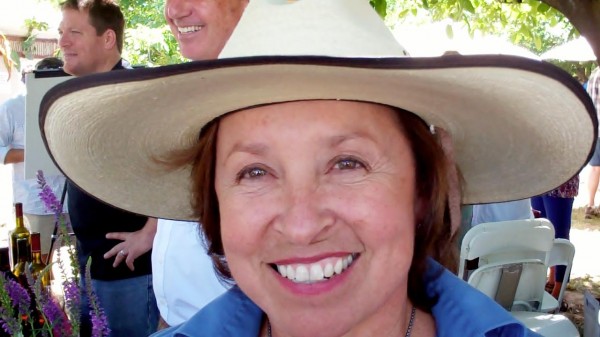 Her husband, Charlie, got her to settle down and convinced her, “Yes, way!”  The success of the Havills illustrates the enchanting quality of barbera from these parts. The winning grapes were sourced from a grower just down the road from the Barbera Festival.

“Everything is hand-crafted. We do very small lots. We hand-sort the grapes. We use a bladder press. Twenty percent of the wine was put on new French oak barrels for 18 months,” said Michael. “What it is, is an integration of flavors that create a wonderful balance from start to finish . . . It’s that combination of terroir and climate.”

To be sure, Amador County—which can be 50 degrees overnight and 100 degrees the next day – has it going with that terroir and climate combination. Many of the Barbera Festival’s participating wineries from other parts of California sourced their grapes from Amador, such as Domenico Winery in San Carlos—not far from where the very first Italian barbera rootstock was planted near Cupertino, CA in the 1880s.  Domenico’s Dominick Chirichillo specializes in Italian varietals there in the far West extremes of Coastal California south of San Francisco—yet he sources his barbera from the far East in those coveted Sierra Foothills, where less than 300 acres of barbera is planted in Amador County,  but it is arguably the best barbera in the California if not the U.S. 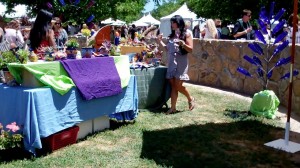 With the exception of Amador County’s Terra d’Oro / Montevina winery (a member of the Trinchero Estates group and the largest winery in the county producing about a 220,000-cases of reds and whites), the majority of the vintners are boutique in style and size. Though Zinfandel and other Cal-Ital varietals are the cash cows overall in the Sierra Foothills AVA, most of the small lot wineries tend to treat barbera like their favorite child.

Tasting room servers will go through several varietals of Zin and Sangiovese and Primitivo, but when they pour their Barbera they will lean forward and smile while tasters are beguiled by the wine’s fruit-forward nectar and fruit-vanilla-warm-mind-massage structure.

That could explain why the second Barbera Festival sold out in April—two months prior to the June 9 date. In a post-festival press release organizer Brian Miller was ecstatic about the success of the festival and its namesake varietal. Amador County was referred to as “ground zero for the new popularity of Barbera wine.”

That awareness has been growing in recent years to an all-time, high thanks to Cooper and grocer/wine expert Corti, a name that may not be known to some though he was inducted into the California Vintners Hall of Fame along with Ernest and Julio Gallo and Louis  P. Martini in 2008.

Corti, the Sacramentan who had suggested that Henry Cooper grow barbera, set up a bar and booth at the festival where several Italian Barberas from Peimonte were being poured. As you might expect, they tasted a world away—less fruit-forward than the California style, but certainly recognizable as being the more aristocratic members of the Barbera family tree.

But in all fairness, the jury could be out for a few more centuries before anyone dare come to rash, barbarous conclusions. Stay tuned.