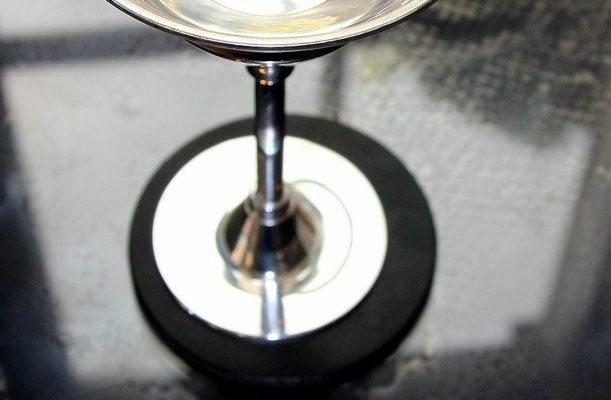 Spirit of Ginovation: The Enduring Legacy of Charles Tanqueray’s Notebook

Gin is getting its groove back.

In the past five years or so, scores of new gins have hit the market, some entirely new products, some new twists on existing brews. Countries not known for gin, like Spain, have new brands and micro-distillers have been pushing the envelope on what gin can taste like, with producers like Hoxton adding distillates of tarragon, iris, grapefruit and coconut to produce a distinctive drink.

Meanwhile, established producers have also been shaking things up with Beefeater releasing Burrough’s Reserve, a barrel-aged gin that plays into the trend of barrel-aged cocktails, and Hayman’s coming out with Old Tom’s, a slightly sweeter recipe popular in 18th-century England.

Which brings us to Tanqueray’s Malacca gin and the notebook of the remarkable Charles Tanqueray.

Born the son of a Bedfordshire clergyman, the logical step for Tanqueray would have been a career in the church. But he had other ideas, setting up a gin distillery in London’s Bloomsbury district in 1830 and starting work on his goal of making a better gin than competitors like Alexander Gordon.

By that time, gin already had acquired quite a history. Often referred to as the original flavored vodka, gin gets its name from juniper, traditionally the primary flavor ingredient. Popular in Holland for medicinal purposes where it was known as jenever and could be either spirits or wine flavored with juniper berries, the drink was brought back to the UK by British soldiers. Things got out of control when regulations on production were lifted in the 18th century and the gin craze began with scores of households making and selling cheap, powerful brews that led to rampant alcoholism and death. (Gin seems to have a knack for these breakouts. A similar thing happened during Prohibition with America’s infamous bathtub gins.)

The gin scene had settled down some when Tanqueray got in the business. With regulations in place and the continuous still in operation, legitimate producers manufactured a cleaner spirit.

Energetic and innovative, Tanqueray was still in his 20s when he came up with the recipe for his London dry gin that is still being made by the company’s master distiller Tom Nichol today. Tanqueray traveled Europe and the Far East researching spices and other ingredients and kept a record of his findings in diaries and notebooks that are still held in company archives today. (Tanqueray, which merged with Gordon & Co. in 1898, today is part of the Diageo drinks company. It’s the No. 1 London dry gin in America and, interestingly enough, is made in Scotland at Cameron Bridge distillery, where I recently visited on a press trip.)

Those old notebooks hold a number of discoveries, including Tanqueray’s formulas for a better horse saddle polish and animal medicines. But what’s of most interest today are his gin recipes, such as Malacca, which was reintroduced in the late ‘90s, putting Tanqueray way ahead of the curve on the gin revolution. Production was dropped after a couple of years with attention focusing on Tanqueray 10, which launched in 2000.

The premium T10 went on to hoover up awards and remains a big seller. But, there were still gin drinkers bartenders who mourned the passing of Malacca as the last bottles were used up, including Angus Winchester, current Global Brand Ambassador for Tanqueray. In fact, bringing Malacca back was one of the first things Winchester proposed when he joined the company five years ago. He was politely told, “No.” But when he raised the issue again more recently he found a sympathetic ear in then-Diageo CEO Paul Walsh and the green light flashed for a 2013 release.

Malacca, which came from Charles Tanqueray’s 1839 notebook, is a littler “wetter” in style than the classic, dry Tanqueray, or Tanqueray 10, gin, and has a citrus-driven flavor that is a little mellower than drier gins. It is outstanding in a simple gin and tonic and pairs extremely well with Schweppes.

Making a limited edition blend is quite challenging since despite its image as a mass producer, Tanqueray is not a huge operation, using just two large copper pot stills including the famous, 200-plus years old “Old Tom,” hand-riveted still. A batch of 100,000 liters of Malacca was made and is currently available, with most of the stock aimed at bartenders.

Will there be another release of Malacca? Or of another one of Mr. Tanqueray’s jottings?

Company officials aren’t telling, but Winchester makes no secret of the fact that he’d be on board for reviving an Old Tom recipe. (Old Tom was more or less the first gin made in England and is a little spicier and sweeter than London dry.)

There’s certainly plenty to choose from in the archives. At his height, Tanqueray was coming up with new gin recipes on a regular basis, all of which he carefully wrote down. “Charles Tanqueray was a genius,” says Winchester. “There are other recipes in the original notebooks that we would love to resurrect.”