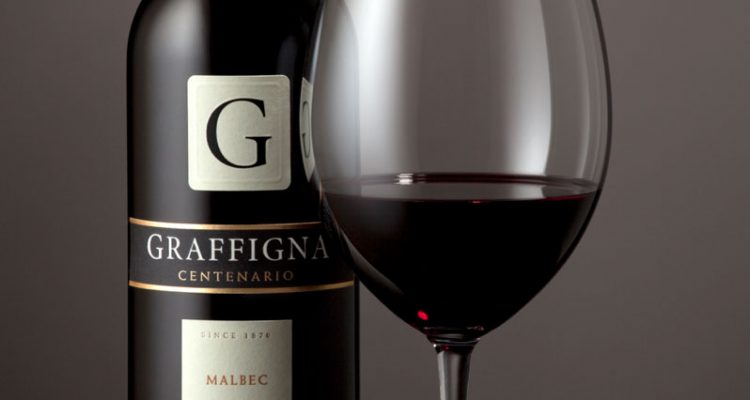 Readers of today story by Roederer Award winning writer Erika Szymanski, Glass Shape, Aroma, and the Game of Sensory Science, might be particularly interested in a new offer from Riedel, the well known Austrian glass maker. The new glass is a joint venture with Graffigna, a maker of fine Argentinian Malbec.

The glass is striking. It is tall (over 9″), broad at its widest point, with an egg-shaped taper to the top. The most obvious feature of the glass is the small mouth. The glass tapers in to a small opening. The effect is to strongly concentrate the deeper aromas found in Malbec, the chocolate, espresso, and black fruits. 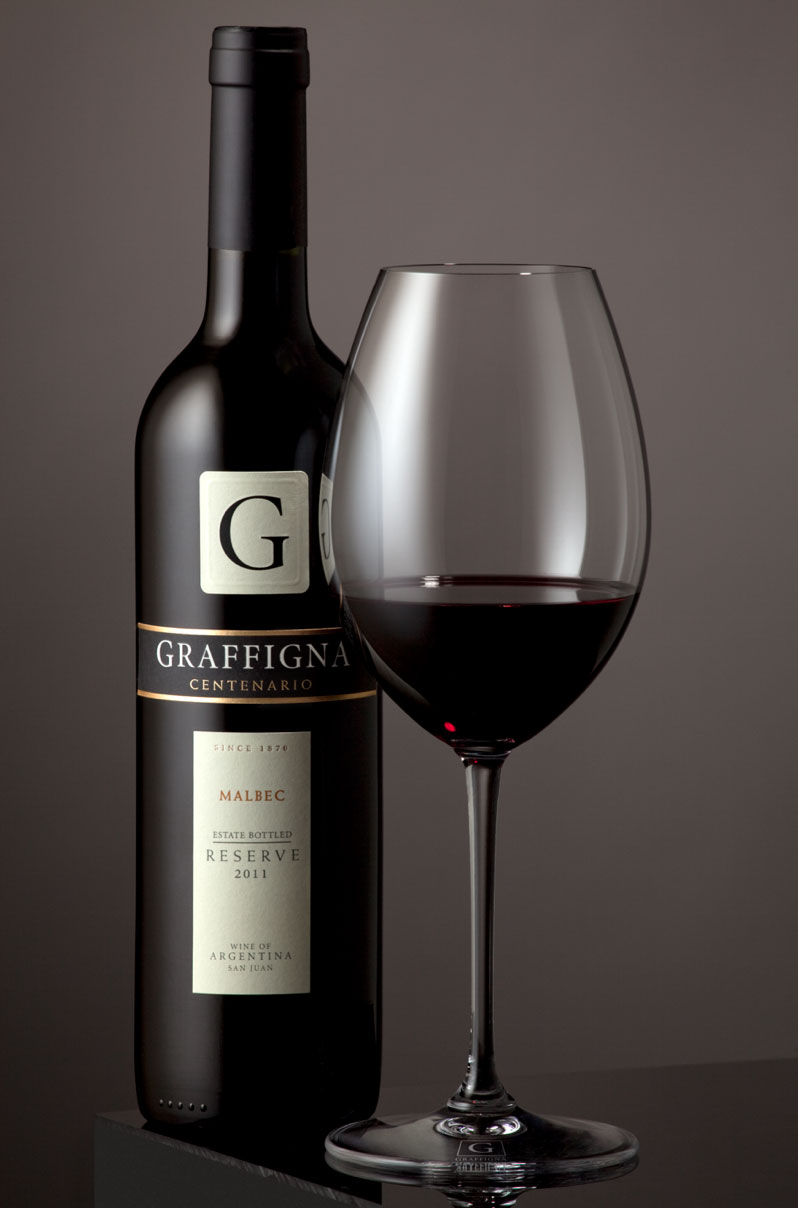 In the Malbec glass, the nose showed very concentrated aromas of mulberry, dark chocolate, and espresso. Richness of the dark flavors was powerful, evocative, and satisfying, directing the aromatics to the palate, leaving a sensation of having tasted, rather than just smelled, the fruit and mocha blend. In the Bordeaux glass, similarly shaped but with a broader opening, the aromas were less concentrated, more scents than flavors, with the same mulberry, but less chocolate and mocha, substituting wood aromas of vanilla and coconut instead.

On the palate, too, the difference between the two glasses was obvious. In the Malbec glass, the Graffigna showed dark fruit, mulberry and blackberry, with unsweetened chocolate. Tart red fruit made a bright appearance on a clearly delineated mid-palate. Tannins are fine and dusty, and acids well balanced. In the Bordeaux glass, the distinction between attack and mid-palate was lost. Flavors were similar, but more muddled, harder to pick out and harder to taste a progression from attack through finish.

One more test was necessary to determine whether this was a good Malbec glass, or a good glass. A Bordeaux (unnamed, for reasons that should be clear) was tasted in the same glass. Where the glass concentrated fruits and chocolate for the Malbec in a very pleasant way, that same concentration was too much for a fine Bordeaux. Black fruits, red fruits, and tannins fought for attention, losing delicacy in a round of aromatic fisticuffs. In a Bordeaux glass, the same wine opened over time, allowing the gentler floral scents to fill the room. This glass is at its best with Malbec.

The Riedel/Graffigna Malbec glass certainly does a fine job of showing Argentinian Malbec at its very best.2 For Malbec lovers, or those with plenty of room for glasses for every varietal, this is one of those glasses that actually does as promised, allowing one type of wine to put its best foot forward.

1The wine and the glass were media samples.

2The intention was to test the glasses with a Malbec from its traditional home, Cahors, as well, but the bottle purchased for the test was flawed. It would be unfair to both the glass and the wine to attempt a review with a flawed bottle.