Les Vins de Vienne: Working the West Side, Thanks to Pliny

Pliny the Elder, the Roman author, was a fan of wines from the Rhône Valley. Something he wrote nearly 2,000 years ago struck winemaker Pierre Gaillard, a student of wine history, as a tip for finding something almost incredible today: unused Grand Cru-level terroir in the heart of French wine country. 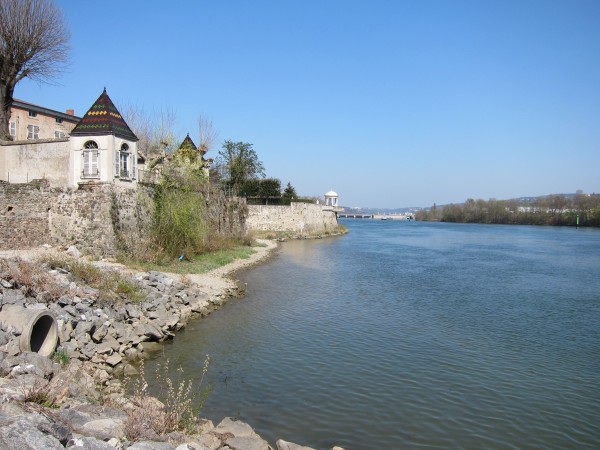 Pliny wrote that one of the most famous vineyards of his time was on a hill on the east side of the Rhône river near the town of Seyssuel, just north of the contemporary city of Vienne.

But in 1995, all the vines in the northernmost part of the Rhône near Côte-Rôtie were on the west side of the river. No vines had grown on the hills above Seyssuel since the last plantings were wiped out by phylloxera in the 1880s.

Moreover, Vienne, 25 km south of Lyon, has spread out because everyone assumed the valuable vineyard land is on the other side of the river. So people who farm the slopes of nearby Côte-Rôtie and Condrieu buy their groceries and get their cars serviced in and around Vienne.

Fortunately, valleys, not steep hillsides, are the best location for oil-change specialists. Much of the land was lying fallow, with owners perhaps waiting for the next housing boom. Gaillard was curious enough to take a soil sample.

What he found was that some patches of land had the same dark, iron-rich schist as Côte-Rôtie—some of the most valuable terroir in the world for growing Syrah. And due to the way the river bends, these vineyards actually had the same southern exposure as Côte-Rôtie. It’s as if Côte-Rôtie’s terroir had a little colony on the other side of the river.

Gaillard knew he was onto something. But buying land in a residential/industrial area unplanted for more than 100 years—and unrecognized as an appellation of any kind—was quite a financial risk. So he asked two of his fellow northern Rhône winemakers, Yves Cuilleron and François Villard, to go in on it. 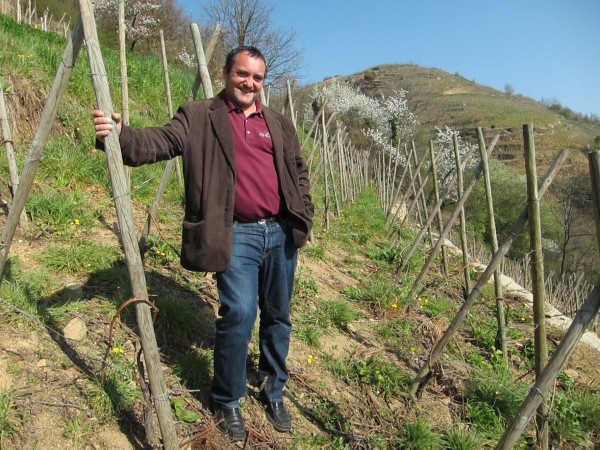 Business partnerships happen all the time. What made this one unique is that the three men vowed to actually make the wines together, by group decision.

This is highly unusual, except perhaps in family-run wineries, and in those it’s often one of the most extreme sources of tension. Winemaking decisions aren’t by nature easily made by committee. Especially around harvest time, they need to be made quickly and their impact is irreversible. When to harvest is the most important call, but every hour there are potential choices about punch-downs, pump-overs, adding commercial yeast (or not), etc. The choices can be codified into a checklist, but when the tank starts smelling funny, it’s like a baby crying at night: somebody has to roll out of bed and make a decision—in this case a potentially vintage-altering one—while the others sleep.

“We were very close (friends), but we have our own idea of everything,” Cuilleron says. “François, before he was a winemaker, he was a sommelier. He is very precise and he likes to make wine with good balance. Pierre likes very elegant wines, very fruity and a very soft wine. Perhaps me, I make wine perhaps more traditional … (long pause). I want to make the wine more simple. I don’t want to make much intervention.

“To be together, you have to be more reflective,” Cuilleron says. “We have to explain why we do things. There’s a lot of discussion. It’s not easy. But the good thing is, we are free in our own companies to do what we want.”

That said, it’s not as if the three partners have plenty of free time at harvest. Cuilleron, Gaillard and Villard all make multiple wines from different northern Rhône regions, and all the grapes come in about the same time.

Working Outside the System 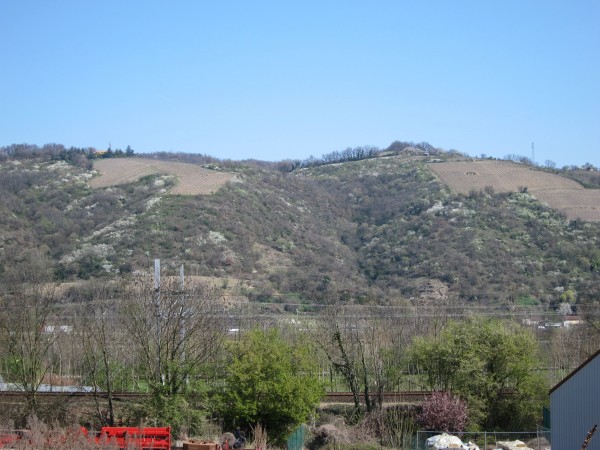 Nonetheless, the three men bought and planted 27 acres of land in 1996, mostly with Syrah, but some with Viognier. They also built a small winery. And they waited to see what would happen.

One of their biggest hurdles is that the wines are outside the French appellation system. This is common today in northern Italy for top-end wines; Italy established a system of classification (IGT) essentially for wines that don’t fit its established system of classification. But in France, it’s still very unusual to see wines that don’t follow the rules selling for higher prices than wines that do. The new wines had to be designated Vin de Pays des Collines Rhodaniennes, which doesn’t roll off the tongue, and is unfamiliar because nobody else was using it before.

The winemakers decided to do what the Romans Italians do in these circumstances and give the wines more lyrical brand names, in this case the same names Pliny the Elder used: Sotanum and Heluicum are the two reds made from their vineyard, both 100% Syrah, because all of the Viognier goes into a small production white called Taburnum.

“In the beginning we didn’t know if we would make a white wine or blend with the Syrah,” says Cuilleron.

The first vintage was 1998, and even at about $50 a bottle, the wines were a hit: so much that the Taburnum sells out first and there’s no Viognier to blend into the Syrah (not that it needs it).

And the hit was so noticeable that 13 other winemakers planted vineyards in the hills about Seyssuel. From zero vineyards in 1995, the area now has 74 acres planted: all thanks to Pliny the Elder.

In fact, everything associated with the project has gotten bigger. Les Vins de Vienne, once a tiny collaborative winery, now has a big new building on the west side of the Rhône river, within sight of Cuilleron’s winery. The three men expanded the portfolio into that of a typical Rhône winery, with more than 30 different wines, so they hired a winemaker to run it. Collaborative daily decision-making is over, but the three friends still make all the big business decisions by consensus.

They also agreed to take one two-acre parcel each to make their own wine with. I’d like to write that the collaboratively made wines outshine the wines of individual vision: workers of the world unite in the vineyard. But it’s not true, and in fact the wines from the Seyssuel planting are some of the best evidence I’ve ever tasted that winemaking decisions should not be made by committee. 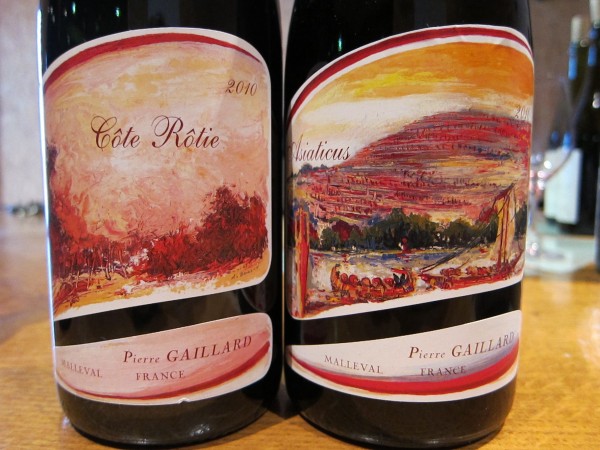 The Vins de Vienne “Sotanum” 2009 is a good wine, with some light floral notes reminiscent of Côte-Rôtie adding elegance to red plum and chocolate flavors, but it’s quite tannic and yet has a finish on the short side.

Gaillard’s wines tend to be high acid, savory and a little rugged, and his Pierre Gaillard “Asiaticus” 2010 has red plum fruit that manages to taste ripe without seeming a bit sweet. The body fills the mouth on the finish; it’s the most interesting of the wines of Gaillard’s I sampled, and his daughter Jeanne’s favorite too. Her opinion matters, as she’s already making her own wines and will probably inherit Pierre’s share of the Seyssuel vineyard one day.

Cuilleron’s wines share a beautiful purity of fruit and freshness. His take on the Seyssuel vineyard was my favorite: the Yves Cuilleron “Ripa Sinistra” 2009 has floral notes on the nose, fresh red plum fruit and appealing minerality on the finish. It’s as pretty as the best of Côte-Rôtie, and could easily pass for it, validating the idea that the terroir across the river—despite the difference in fortunes in the 20th century—is actually the same.