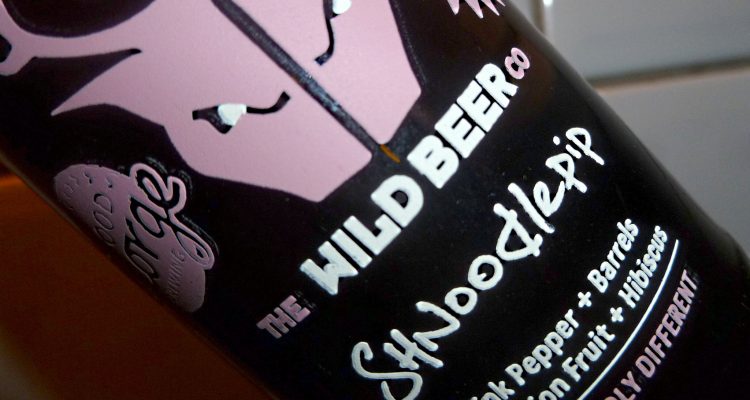 Craft wine and natural beer – don’t forget to have fun!

Is this another write-up of a low-sulfur “natural” wine? Well, actually no. Because over the last year, I’ve been enjoying some wonderful craft beers from new microbreweries springing up all over London and the UK. And what, you might ask, has that got to do with wine? The answer is all about contrast.

Here’s my issue: Take half a dozen wine buffs, open some wine bottles with wacky labels and taste profiles akin to the ones in the first sentence, and the reaction will be mixed to say the least. Some will relish the liveliness, honesty and excitement, but many will respond thus:

“Ugh! Is this one of those awful natural wines?”

“White wine should not have tannins – period”

“Seems OK but is that a bit of volatile acidity?”

But – take half a dozen beer enthusiasts, open some beer bottles with wacky labels and taste profiles like the ones in the first sentence and the chances are you’ll get rather more unfettered enthusiasm. Somehow the world of craft brewing and craft beer drinkers doesn’t have the same hangups that are so prevalent amongst wine connoisseurs. 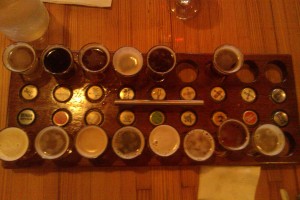 That’s not to say that all consumers of beer like drinking weird and wonderful ales or trappist tripels. Of course Joe Public would prefer something safe and predictable, just as with wine. But there the parallel ends. When’s the last time you heard someone sip a single hop IPA and comment “hmm, well it’s nice but I’m not sure it’s representative of the terroir”, or “I think it’s an outrage that they decided to add cherries/saison yeast/oak chips”.

Sadly, innovation or risk-tasking in wine often seems to have scorn poured on it. Small producers who want to push the envelope by using wild yeasts or minimal sulfur are derided for the inconsistency of their vintages, or even for trying to fool the public if they dare go under the “natural wine” banner. Sometimes the notion of what is right or wrong in wine can be very narrow.

Perhaps the craft beer sector is still too new to have developed the mores of tradition and convention that can bedevil wine – microbrewing has going strong in the US for 30 years (sour and wild have become particularly en vogue) but most European wine culture goes back for centuries. In the UK, the last five years has seen an explosion of new brewers, many little more than kitchen-top operations.

I’ve been particularly impressed by the Wild Beer Company, brainchild of Californian Brett Ellis. It’s a very apt name, given his penchant for fermenting with Brett(anomyces) yeasts to add complexity. He’s also a fan of wild yeasts, which encourage more complex “funky” flavors to develop. The beers have imaginative names: “Schnoodlepip” (a collaboration with two other brewers), “Wildebeeste”, “Epic Saison”, “Wildness IPA”. The flavors are bold but balanced, wild but satisfying. Brett seeks to “excite your taste buds and wildly challenge your perceptions of beer” – no references to preserving 1,000 year old traditions, “carrying on the work of our great great grandfathers” or “expressing the unique terroir of saint-somewhere-en-shambles”

No one has told Brett that he can’t use the term “Schnoodle” on his label, or hauled him into court for adding cherries, cocoa nibs or coffee to his ferments. Compare that to the extraordinary case of Loire winemaker Olivier Cousins. Having said that, there are some who want the UK to have a firmer definition of what “craft beer” actually is (sound familiar?). The American Brewers Association offers up a manifesto, with two particularly attention grabbing phrases:

“The hallmark of craft beer and craft brewers is innovation. Craft brewers interpret historic styles with unique twists and develop new styles that have no precedent.”

It’s hard to imagine the INAO (the French body that regulates wine appellations) coming up with anything so forward looking.

Of course brewers have it easy in some respects – winemakers only get one shot a year, whereas beer can be brewed year round. Hops don’t have to be locally grown, although provenance is becoming more important now that single hop varietal beers are all the rage.

The standard bottle size of most beers (around 12 oz.) is low-commitment for the consumer. Many of us would take a punt on something unusual if the cost is less than $10 – but for a $40 bottle of wine that might turn out to be vinegar, the stakes are considerably higher.

I’m not suggesting that winemakers start importing grapes, adding Brett yeasts or marketing 12 oz. bottles – my plea is more to wine drinkers and experts. Be a little less hidebound, welcome the unexpected and seek out new flavors wherever we find them. Life’s more fun that way.