Becoming a “Made” Man in the Wine Mafia 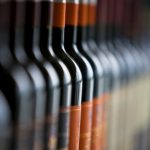 Fuhgeddaboudit. When it comes to the link in between organized crime and wine, dating back to the Prohibition era, American history is rife with dashing gangsters and the grape.  No Al Capone, John Gotti, Paul Castellano or even Ernest and Julio Gallo here, though. Instead, I would like to pay homage to the fictional gangsters from the silver and small screens that captivate us with their tales of crime cloaked in morality — Michael Corleone, Tony Soprano and others.

I can’t ignore some of the striking similarities the wine business shares with the Hollywood back lot vision of “La Cosa Nostra” – family and business is tough, and so is the wine business, at least from a retail perspective.  I’ve gathered some quotes from some of my favorite gangster movies and I’ve analogized them to the real life circumstances I face as I work on becoming a “Made” man in the wine business (read: advance my career … legally).

“Once I thought I was out…they pulled me back in.”

Wine is a business of passion. It gets in to you; it gets under your skin — coded into your DNA. It becomes part of who you are and linked to your self-image and external identity.  With enough years of tenure you begin to cast a Burgundy shadow… friends, family and colleagues all know you as, “The Wine Guy.” You are no longer just in the business; you ARE the business – a blending of a personal and professional identity that most others are able to keep separate, for sanity ‘s sake.  Sure, you could try to change careers, but it would only be a matter of time before the “itch” presents itself again.  All of us think about moving on at one time or another. Some do. Most return.

“As far back as I can remember, I always wanted to be a gangster”

Even at a young age, I remember being interested in wine. I can recall standing wide-eyed in awe of the glittering crystal and shimmering silver, the air thick with elegance, as my father would straighten my clip-on tie and adjust the shoulders on my youth sport coat, better fitting than comfortable, as the Mâitre d’ would lead my parents and me to our table at a world-class restaurant.  Born the son of a foodie, by the time I was 9 I was eating at a 12th grade level.

“Salisbury steak with milk? Good God, woman, are you mad?” I’d mutter under my breath in the lunch line at school; my mind wandering to braised short ribs and a glass of water cut with a teaspoon or two of Côte-Rôtie.

Not unlike little Henry Hill running errands for the mob during his youth, I was able finally to break into the biz as an enthusiastic dishwasher at a fine dining restaurant in my hometown. It felt amazing and important to be a part of such a production, what seemed like theater for dining. After much begging, the owner finally relented and let me begin busing tables and occasionally working in their impressive sunken wine cellar. And the rest, as they say, is history. 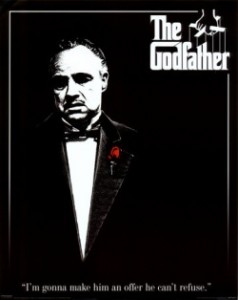 – Virgil “The Turk” Sollozo, The Godfather

While I mean this in a totally different context, I think you catch my drift. We’re drinkers. No way around it. While most of the time we’re spitting, or simply enjoying a glass in the evening, every now and again… it’s game time.  A group of wine experts in full booze mode is a scary thing indeed. It’s a rare occasion, like Halley’s Comet, or a Nets victory, but when it happens? Look out. The tolerance level of your average wine expert is close to superhuman. So a piece of advice: If your sommelier buddy wants to go out for drinks, don’t be tricked into splitting the bill!

“I won’t pay. I know too much about extortion”

I rarely order a bottle of wine at a restaurant. Why? Because I know how much it cost. And I don’t just mean what you might pay at a wine shop. No, I mean what it costs at wholesale. Admittedly, a lot of restaurants have recently been more forgiving in their pricing structures—more out of necessity than kindness, I should note. Still, some establishments are simply gouging consumers for bottles of wine. I’ve seen bottles that retail for $27-30 sell on wine lists for as much as $180. That is downright insulting. I suppose that’s one positive effect of the recession: it has forced a “reality check” on the notion of perceived value vs. actual value in our industry.

“How much money did you give that guy? A wiseguy never pays for his drinks.”

The service world is tough. When the rest of the world is enjoying time with their loved ones, we’re in high gear. There’s a kind of unspoken bond and network of support in our industry. Everyone looks out for one another.  The holidays are always the hardest, but it’s what we do. Professional courtesy is big in the wine business. I know when I was a bartender, if a manager or waiter from another restaurant came in and sat down, I’d make sure to buy them a beer or at least give him an industry discount. I am all too familiar with the “I just got cussed out by a total stranger because their Oxtail Consommé was too hot,” look on someone’s face. It’s a place we’ve all been to, and will probably be again. No problem mate. Relax. This one’s on me.

Next time you’re chatting with your “Wine Guy” at your favorite bottle shop, feel free to ask him about becoming a “Made” man in the wine mafia and see if he lets his guard down long enough to share a story… chances are it’ll be a good story, and when he tells you, he won’t have to kill you, though he may want you to break bread with him… instead of breaking legs…

—Louis Calli has been involved in the wine industry for over a decade in several capacities. He currently works as a Wine Director for 21st Amendment Wine and Spirits located in Indianapolis Indiana. When he’s not enjoying vino he spends his time hiking with his pooch Frankie, and working on expanding his impressive collection of sweater vests.