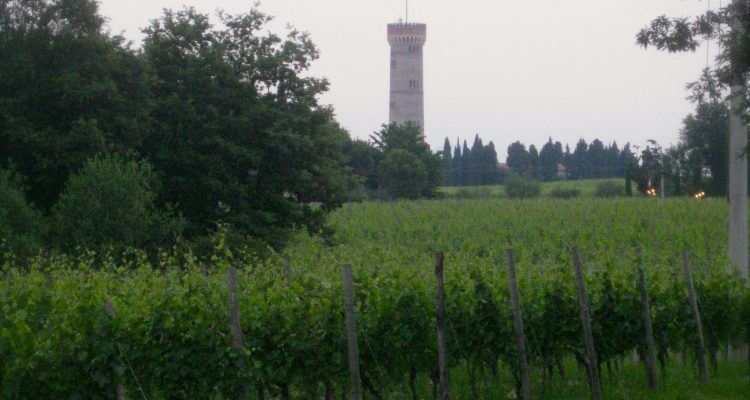 Surrounded by a sea of vineyards with a few rural houses sprinkled here and there, a tall white tower rises up in the countryside close to the small village of San Martino della Battaglia. The setting is Northern Italy, near Venice. Here on the 24th of June 1859, a bloody battle was fought between the Austro-Hungarian and French-Sardinian armies, and thousands died. It was so awful that Swiss national Henry Dunant was compelled to do something to mitigate suffering in wartime situations like this; it became his inspiration for founding the International Committee of the Red Cross.

More than a century passed since then, but once more the tower of San Martino della Battaglia has witnessed another battle. It was much smaller, of a totally different kind — and luckily bloodless — with only one victim (so far): the name of a grape and of its small denomination.

Seven years ago, in 2007, the European Court in Luxembourg forced Italy to stop using the name “tocai” for its white wine made from a grape known as tocai friulano (or tocai italico). The wine (and the grape) could continue to be produced, but the name had to change, because now only Hungary had the right to use the name “Tokaji.” As you can see, although the pronunciation is virtually the same, the spelling is different. And above all we are talking about two different things: the renowned Tokaji is a powerful sweet wine made from local Hungarian grapes (mostly furmint and harslevelu). It is totally different from the Italian “Tocai” which is a dry white wine, lighter in alcohol, with a characteristic bitter almond taste in the finish.

When tasting them, it is impossible to confuse the two wines. Nevertheless, in 1993 the Hungarian government and European Community signed an agreement in which Italy was forced to abandon the use of the name tocaifor its wine and grape. The main reason was that while Tokaj is a Hungarian geographical indication (and there is a village with this name), tocai is not an Italian geographical indication, but only a grape variety, and as such cannot enjoy the protection granted to such indications in Europe.

The general EU agreement about wine names provides also that in the case of homonymous (or identical) geographical indications, in general one can continue to use both names. But in this case, the Italian name “is recognized as a variety of vine and not as a geographical indication, as it does not have a specific quality, reputation or characteristic in this sense.”

For Italy, the loss of the name tocai was dramatic. Suddenly, the Italian producers didn’t know what to call their grape. In the Friuli Venezia-Giulia region, where it is traditionally used in white wines — especially in the areas of Collio and Collio Goriziano— months were lost seeking a solution. Some people wanted to call the wine “Friulano” while others preferred the term “blanc Furlan” or local, traditional names.

In the end, a bizarre decision was taken: the grape would change name according the place where it is cultivated. Friuli Venezia-Giulia is not the only region cultivating the tocaigrape. Veneto and Lombardy also do it. In Veneto in particular, two different grapes, red and white, were named tocai. The red tocai — basically a grenache — is now referred to as tai rosso. But the white one does not yet have a new name. 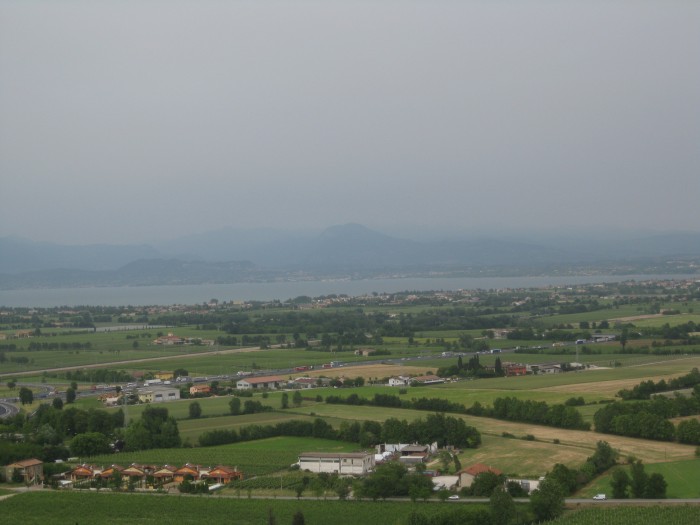 For reasons of regional pride, the producers in Veneto didn’t want to call a grape cultivated on their land by the name of another region: Friulano is an adjective which means “from Friuli.” (In Lombardy, the area involved with this issue is so small that the local government eitherforgot or didn’t care to face the problem.)

So, currently here’s the situation in Italian production rules: in many wines, the grape name tocaistill appears — but no producer can list it as the name of a wine.

Returning to our location of San Martino della Battaglia: this denomination covers a small area on the border between the moraine hills and the southern land around Lake Garda, partially coincident with the areas of production of Lugana DOC and Garda DOC. The land belongs to the villages of Sirmione, Desenzano del Garda, Lonato and Pozzolengo (Lombardy) and Peschiera del Garda (Veneto). In the past, people here tried to cultivate the same regional grape as in the Lugana DOC (turbiana) but the results were not very good. Tocai italico turned out much better, so in the end this was the grape chosen to cultivate here.

Along these hills, which are sometimes almost completely rocky, this grape expresses its fullest potential. And due to low yields and refined vinification techniques, the wines also have pleasant aromatic characteristics. There are only two wines in this DO, one white and one fortified, and the quantity produced is less than 20,000 bottles/year. The producers number only seven, and more than half of their wine is exported to the US.

Recently, I had the opportunity to drink a San Martino della Battaglia dry, “Campo del Soglio”, from Selva Capuzza. The back label was quite interesting, crossed by a big question mark.

“It’s a wine with no name,” joked the producer, Luca Formentini, “to remind the world that our grape is still waiting for a new name.” He continued: “It’s a wine that we produce only in the best vintages because its ‘unnamable’ grape is difficult to manage, but we are proud that it can represent this grape — which is currently sort of a ghost grape.”

Luca told me that when he started to work in his family’s winery, the San Martino DB was an underestimated denomination, and its wine almost unknown. “I could either produce a cheap, anonymous wine and focus on more important products, like Lugana,” he told me. “Or, I could produce the most interesting and best wine possible, at the right price. This is what I did. So, nowadays, although production is still very limited, San Martino DB is a wine on rise.”

Will this grape never have a name? “We do hope so,” stated Luca.

Some time ago the producers submitted a request to Department of Agriculture proposing to adopt the ancient local name of the grape, tuchì [pronounced tu-kee]. It seems likely that this hope will be fulfilled…And so, hopefully, the “wine with no name” will soon change its question mark to an exclamation mark!