Breaking
Home
About | The Online Wine Magazine
Accolades and Press 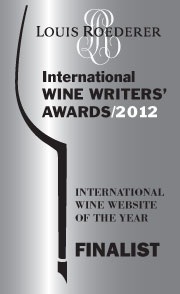 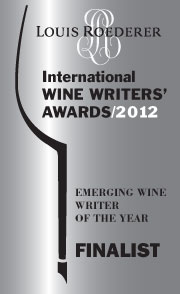 Howard G. Goldberg, of The New York Times, highlighted the work of our Executive Editor Meg Houston Maker in her two-part story, “A Trip to the Rhone,” in The Latest on Wines, describing her story as “an ambling armchair reads that gracefully take them through lovely landscapes and enviable meals.” Thank you Mr. Goldberg, for recognizing Meg’s talent. We are all thrilled to be associated with her.

Palate Press: Erika Szymanski answers those burning questions: What is residual sugar, and how did it get in my wine? — Eric Asimov

Palate Press: White wines get all the attention in Friuli-Venezia Giulia, but Talia Baiocchi has a thing for its reds. — Eric Asimov

Palate Press: Rémy Charest takes a pretty good stab at making sense of Languedoc-Roussillon, which, when combined, make up one of France’s largest and most confusing wine regions. — Eric Asimov

Palate Press: Wine and chocolate? Erika Szymanski offers good scientific reasons for you to find something else to drink with your dessert. — Eric Asimov

Palate Press: Talia Baiocchi leads an appetizing tour of some of the more esoteric wines of the Piedmont region of Italy. — Eric Asimov

Palate Press: Can the wine industry learn anything from craft beer producers? Jules Van Cruysen suggests that it can. — Eric Asimov

Palate Press: “Minerality” is one of those wine-tasting terms that drives everybody crazy except for those who know exactly what you’re talking about. Ioannis Karakasis discusses what this elusive word means and where these aromas and flavors might originate. — Eric Asimov

Palate Press: The budding wine scene in … Mississippi? Indeed, casino patrons on the Gulf Coast will settle for no less. — Eric Asimov

Palate Press: Despite ominous headlines about the effects of light drinking during pregnancy, the actual facts are murky and open to multiple interpretations. Evan Dawson takes a close look at three studies of pregnancy and drinking. — Eric Asimov

Palate Press: Rémy Charest has some thoughts on the best red wines from the Finger Lakes. — Eric Asimov

Palate Press: W. Blake Gray lists the 10 things he’s learned in the wine business. He’s been writing about wine for more than a decade. I bet he’s learned even more than that. — Eric Asimov

Palate Press: More on the 100-point wine-scoring scale in this point-counterpoint duo of essays. — Eric Asimov

Palate Press: Talia Baiocchi finds value and authenticity in the Côtes de Castillon, one of Bordeaux’s satellite regions, and offers some good recommendations (though “Gucci-clad Château owners” is a bit Agnew-esque). — Eric Asimov

Palate Press: Bedeviled by the obscure aromas cited by wine authorities in their tasting notes? School your nose with the Aromaster! — Eric Asimov

Palate Press: Fredric Koeppel visits “Gunfight at the Oaky Corral,” surveying the dichotomy at a recent Italian wine trade fair between those who age their wines in small barrels of new French oak and those who do not. — Eric Asimov

Palate Press : Could the future of carignan be in … Chile?–Eric Asimov

Palate Press: In which Remy Charest says scoring wines tells more about the scorer than about the wine. – Eric Asimov

Palate Press: We may not like to think about it, but the process of making wine is teeming with all sorts of microbes. Erika Szymanski introduces us to 10 of the little fellers. – Eric Asimov

Palate Press: W. Blake Grey on some of the frustrations inherent in trying to sell good sake to Americans. – Eric Asimov

Palate Press: A visit to the burgeoning wine region of … Michigan. – Eric Asimov

David Honig, publisher of Palate Press: The Online Wine Magazine, has organized a Wine for Haiti auction to raise money for the American Red Cross Haiti Relief project. “The most impressive part of the story is the amazing generosity of the wine world, from individuals pulling bottles from cellars to wineries, many in Napa and Sonoma, contributing magnificent, one-of-a-kind, bottles.”

He added, “The effort has also gone international, with a partner site in Australia, where the Aussies are set on raising more money than their American counterparts.”

The international wine community has been working together to help the victims of the Haiti earthquake tragedy.

The campaign has drawn in support from social networking sites across the globe to encourage people to donate something special from their cellar to be auctioned online.

Booze Monkey CEO Marc Jardine said: ‘I don’t care if it’s a bottle of Blue Nun or a case of Grange, if you can spare some wine to help save a life, we want to hear from you.’ The international wine community has been working together to help the victims of the Haiti earthquake tragedy.

The devastation of the Haiti earthquake has prompted people around the world to offer help to the victims of the disaster.  Relief funds have been raised through time-honored ways, like a celebrity telethon, and new methods such as text messaging donations via cell phone.

The heartrending pictures beamed around the world from Haiti caused thousands of people to open their purses and wallets to contribute to disaster relief.  In the United States and Australia people have opened their cellars – wine cellars, that is.

Winemakers in the U.S. and Australia are contributing bottles of some of their finest wines to a special online wine auction to raise money for quake victims.

The auction, dubbed Wine for Haiti, is the brainchild of David Honig, an attorney and publisher of the online wine magazine Palate Press.  A former resident of Miami, he lived through Hurricane Andrew in 1992 and has many Haitian friends.  He says the response from the winemaking community has been astounding.

On the other side of the world, a sister website to Palate Press in Australia is doing the same thing.  For Marc Jardine of BoozeMonkey.com – a website linking wine consumers and winemakers – the Haiti earthquake brought back unsettling memories.  He lived through the massive 1995 earthquake in Kobe, Japan.

Jardine and Honig are engaged in a little friendly cross-global competition to see who can raise the most money for Haiti.  Collectively they look to raise at least $100,000, but harbor hopes they can exceed that.  If they can raise that kind of money, then it can truly be said that wine has the ability to ease pain and soothe suffering – even indirectly.

Palate Press, an online wine publication, is collecting donated wines from individuals and wineries to sell in its online auction. All sales will benefit the Red Cross: palatepress.com.

David Honig, an Indianapolis attorney and publisher of online wine magazine “Palate Press,” has launched “Wine for Haiti.” It’s an online fine wine auction, with all proceeds going to the American Red Cross.

Care for a 1968 bottle of rioja from Spain? How about rubbing elbows with winemakers at an annual celebration in California? Just click and name your price.

“I have been absolutely overwhelmed by the generosity of the wine community,” said Honig, 49, Carmel, who opened an e-mail Monday morning from a California winery wanting to donate four cases.

The project has gained momentum worldwide. An Australian wine blog — boozemonkey.com — started its own auction after learning of Honig’s effort. Together, they hope to raise $100,000.

Finger Lakes wineries are among contributors to an online Wine for Haiti fundraiser.

Zugibe Vineyards donated a case of its 2007 Riesling, which the winery called “one of our best” in a Facebook posting. The retail value is $195; minimum bid $100, and bidding started today. Its lot number is 31. “We are just hoping that the auction can bring in as much $$$ as possible!” the winery’s Facebook posting says.

The event is being organized by Palate Press, an online wine magazine, and “Brother, can you spare a bottle?“, a blog that says it’s “a place for Wine Bloggers, Wine Twitters, wine makers, drinkers, collectors, and fans to coordinate charitable giving.” Bidding is taking place on Palate Press’ Web site. Individuals as well as wineries are donating wine, books, art and other wine-related items.