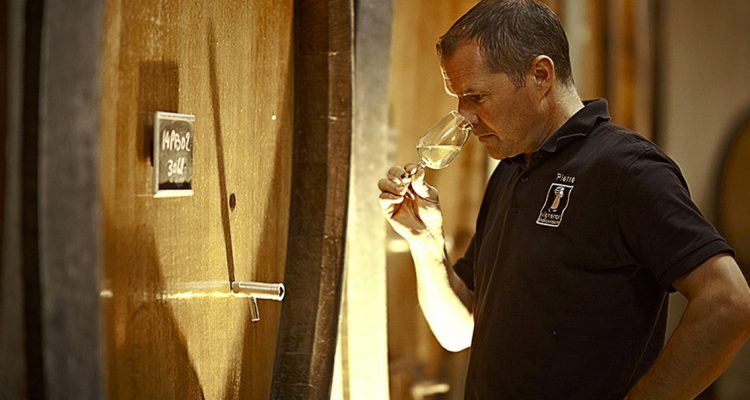 What would you do if your mother suddenly started making wine? Well, it would be a little different if your mother (and you) lived in Alsace, France. This is what happened in Pierre Bernhard’s family about forty years ago. And now Pierre runs the winery Domaine Bernhard & Reibel. I spoke with Pierre during my recent virtual visit to Alsace. 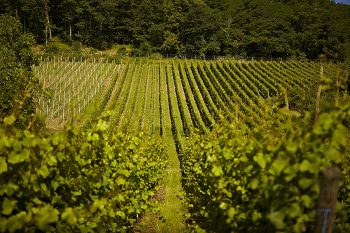 Until the 1980s, the family of Pierre’s mother Cecile pursued a traditional lifestyle, similar to others who lived in and around the villages of Alsace. They raised a few farm animals and grew grapes in their small vineyards. Pierre’s father also came from this region, but he decided to take a corporate job with an international firm. His family also owned vineyards, and Cecile decided to combine their two families’ vineyards. She wanted to produce her own wine, and she gave it a new label: Bernhard & Reibel, reflecting both of their families’ names.

Forty years ago it was almost unheard of for a woman to go to oenology school, especially in France, but that’s what Cecile did. Apparently, this was exactly the right career for her, because it took only a few years for her wines to start winning prizes. Cecile also became the first woman to be the head of the Confrérie Saint Étienne d’Alsace, a winemakers guild, paving the way for others to follow in her footsteps. (Ironically, the word confrerie means “brotherhood.”)

After twenty years as winemaker, Cecile decided to retire and Pierre took over the winery. Over the years, Pierre’s parents had purchased additional vineyards and the estate now comprises 24 hectares of vines, which is nearly 60 acres. Today, the winery produces about 100,000 bottles per year.

Pierre’s style of winemaking has changed over the years, to reflect customer demand. For example, Pierre says that about five years ago people became much more interested in drier wines from Alsace. His challenge – which he has successfully met – has been to create wines with appealing fruit in the aromas and flavors, yet signaling a dry style overall.

Alsace is famous for its elegant, dry white wines, especially Pinot Gris (aka Pinot Grigio) and Riesling. For those who like more aromatic wines, Gewurztraminer shines in this area. Remarkably, many of the white wines of Alsace also age well. Even the wines we tend to drink young, like Pinot Gris and Riesling, are often better after two or three years of aging here, unlike in many other wine regions. 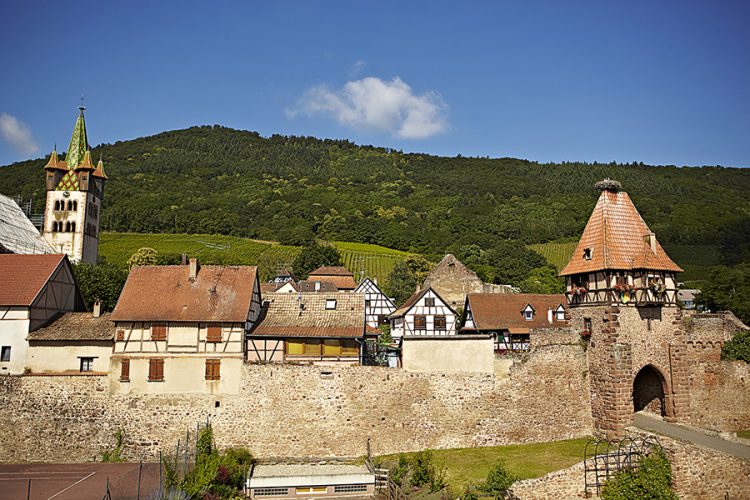 I was most charmed by a couple of the Bernhard & Reibel 2019 white wines, which are very drinkable now. That said, the 2018 Bernhard & Reibel “Hahnenberg” Riesling is much more substantial; I would wait a year or so to drink it because, as expected, it is developing more slowly and should age well for a number of years after that.

2019 Bernhard & Reibel Hahnenburg Riesling – Charmingly aromatic with elements of honey and stone fruit. A nice balance of fruit and acidity in the wine. Medium bodied with a medium-long finish. Goes well with light, fresh dishes, not heavily sauced or dressed. Try it for a summer weekend lunch.

2019 Bernhard & Reibel Hahnenberg Pinot Gris – A delightful wine, with delicate minerality in the aroma, opening into big, peachy flavors on the palate, with peach-skin tastes appearing on the end-palate and persisting into the finish. Made with grapes grown on granite, this is a versatile wine, says winemaker Pierre Reibel; it is lovely as an aperitif and it can also be paired with lighter foods such as sushi, sashimi and other simple Asian and non-Asian dishes such as chicken and pork.