“Around here,” says the winemaker, as he pours me a glass of brilliant, shimmering ruby-red liquid, “we like to think there are actually 4 types of wine: red, white, rosé… and Schiava.” It was Matthias Hauser – the oenologist at Alto Adige’s Castel Sallegg winery – who brought forth this revelation, noting in the most plain fashion how the best wines made from this historical Tyrolean grape sit firmly in the space between pink and red. It’s also why, when served with a slight chill, they are the perfect red wines for warmer weather.

Though it is the oldest native variety grown in Alto Adige, Schiava —  also known as Vernatsch — isn’t cultivated much outside of the northern Italian region. (The only other significant area is Württemberg, Germany, where it’s called Trollinger.) Historically, the grape thrived as a peasant quaff; easy to grow, easy to drink, and low enough in alcohol to spawn another local aphorism: “the perfect wine for breakfast, lunch and dinner.” The area’s wealthier classes preferred the richer Lagrein, and so over time Schiava developed a reputation for not being particularly serious or interesting. 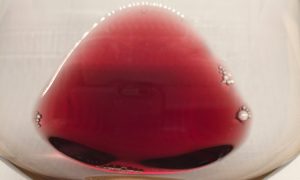 Schiava in the glass

Recent improvements in both winemaking and clonal development (in particular with Schiava Grossa, the most common type) have led to a newfound quality in these wines. Though light in color and body, they offer a sneaky complexity. The best examples feature cherry and red berry notes, alongside violets, savory minerals, mountain herbs and bitter almonds. They’re super versatile with food, or can be enjoyed as an aperitif, and shine brightest when closer to cellar temp than room temp.

One issue with Schiava is that it isn’t always easy to find stateside. The good news is that Alto Adige is one of the best wine regions for consistent quality, so any bottle one comes across is at least worth trying.

Perhaps the top region to look out for is Lago di Caldaro DOC (Kalterersee in German), which, shockingly, surrounds Lake Caldaro, a popular tourist destination south of Bolzano near the Trentino border. The aforementioned Castel Sallegg — a private winery owned by the Count von Kuenburg (who describes Schiava as “the blood of this spot”) — produces an excellent version called Bischofsleiten that’s named after the Bishops of Trento, who owned the supplying vineyards some 1,000 years ago. 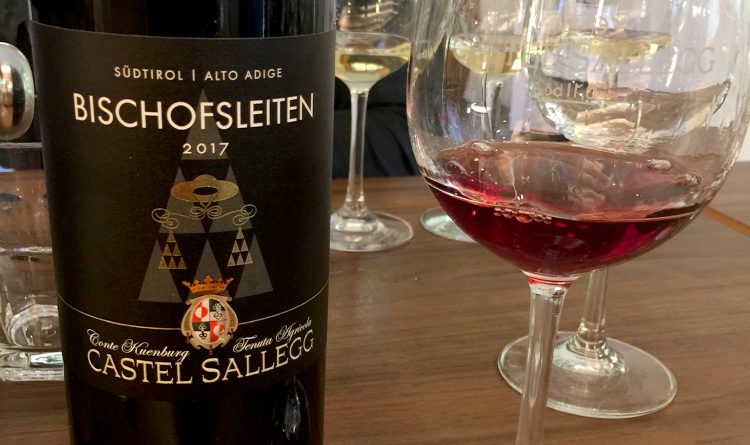 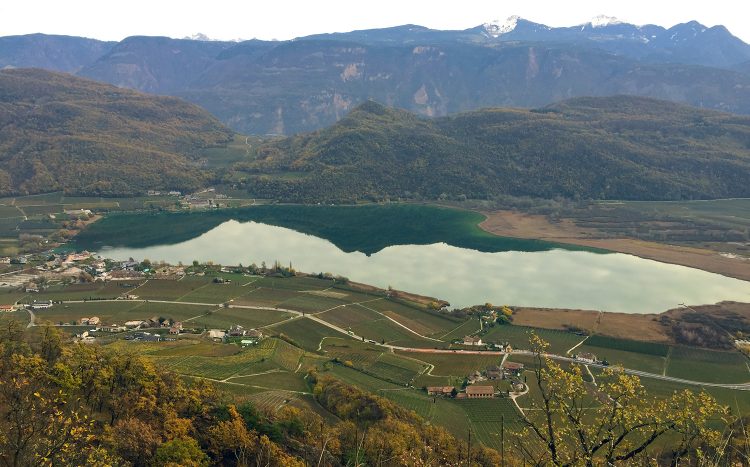 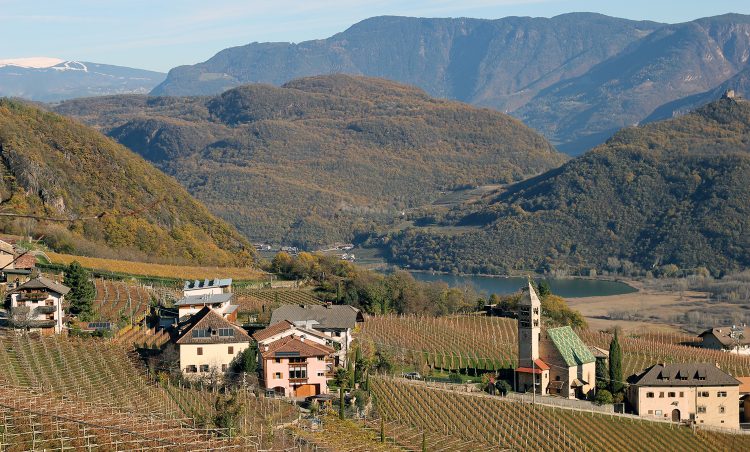 Another look at Caldaro / Kaltern

Kellerei Kaltern (or Cantina Caldero), the area’s large co-op winery, also produces several quality options. In particular their top line, Quintessenz — which is “made exclusively from the best grapes from [the] oldest and most typical sites” — produces a fantastic mineral-driven Schiava, where savory and salty flavors accentuate the typical cherry and red berry notes.

Highlighting the grape’s food friendliness, Kaltern’s Judith Unterholzner describes a yearly “Thanksgiving polenta party,” where the aforementioned grain is simmered in a large copper pot with ham, sausage and gorgonzola, then served alongside copious amounts of Schiava. It’s not, in fact, a bad idea for American Thanksgiving either, a simple, refreshing red that won’t clash with the absurdly diverse foodstuff we like to serve that day.

The other well-known (and thus easier to find) denomination is St. Magdalener, or Santa Maddalena, grown on the hillsides just north of central Bolzano. Here Schaiva is mixed with small portions of Lagrein, another historical local grape that adds body and complexity.

When choosing wines from this area, it’s important to note the Lagrein percentage used, as the bigger, bolder grape can easily take on a more prominent role. Take Untermorserhof’s Hueb St. Magdalener Classico, for example, which only uses 2-3%. It still tastes strongly of Schiava, with big cherry and mineral notes. Cantina Bolzano’s Moar St. Magdalener, on the other hand, contains 15% Lagrein and thus is richer, deeper and darker, though still showcases Schiava’s savory backbone. Both are excellent, but the former might better fit with the theme of this article. 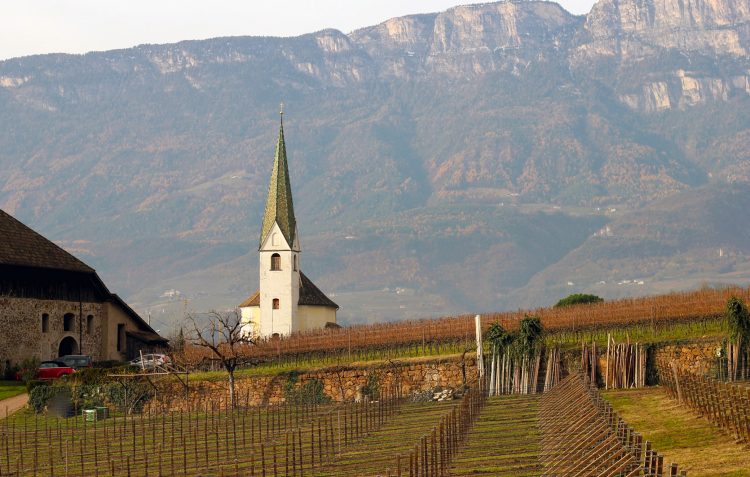 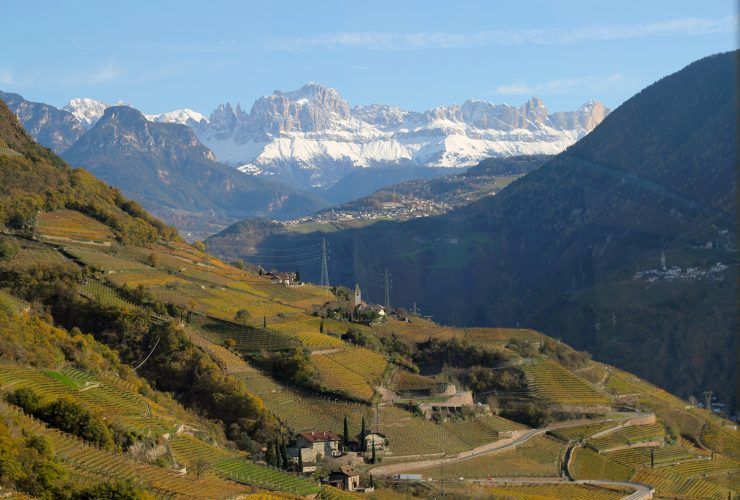 The Santa Maddalena area from the Renon Cable Car above Bolzano

Regardless of denomination, I pretty much buy Schiava — or Vernatsch, as it is sometimes labeled — whenever I come across it, and this strategy hasn’t steered me wrong thus far.

Kellerei Cantina Girlan, for example — another large co-op (of which there are many in Alto Adige) — located about halfway between Lake Caldero and Bolzano, produces the excellent Gschleier Alte Reben Vernatsch. Rose-scented with notes of tea, it’s loaded with deliciously pinkish fruit flavor.

Positioned south of Kaltern, Baron Widmann produces another interesting non-denomination Vernatsch that’s imported to the US, redolent of violets and earth, with huge cherry flavor. Widmann distributor Oliver McCrum just might sum Schiava up best, when he describes it as “a wine to be drunk and not discussed.”

Then again, I just discussed it for 10+ paragraphs. Regardless, grab a bottle this summer, cool it down a bit, and bring it out on the patio… for breakfast, lunch or dinner.