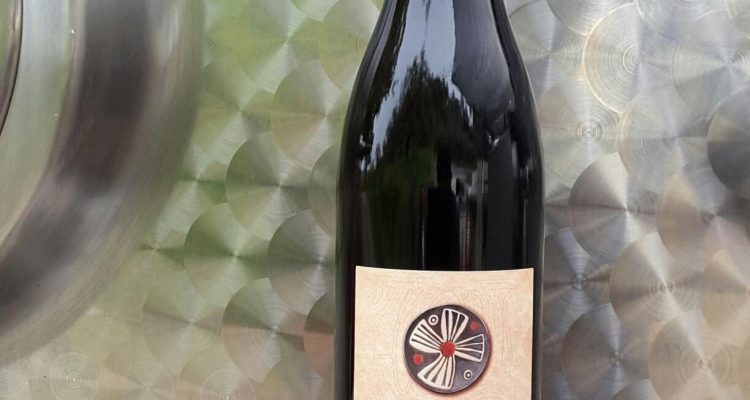 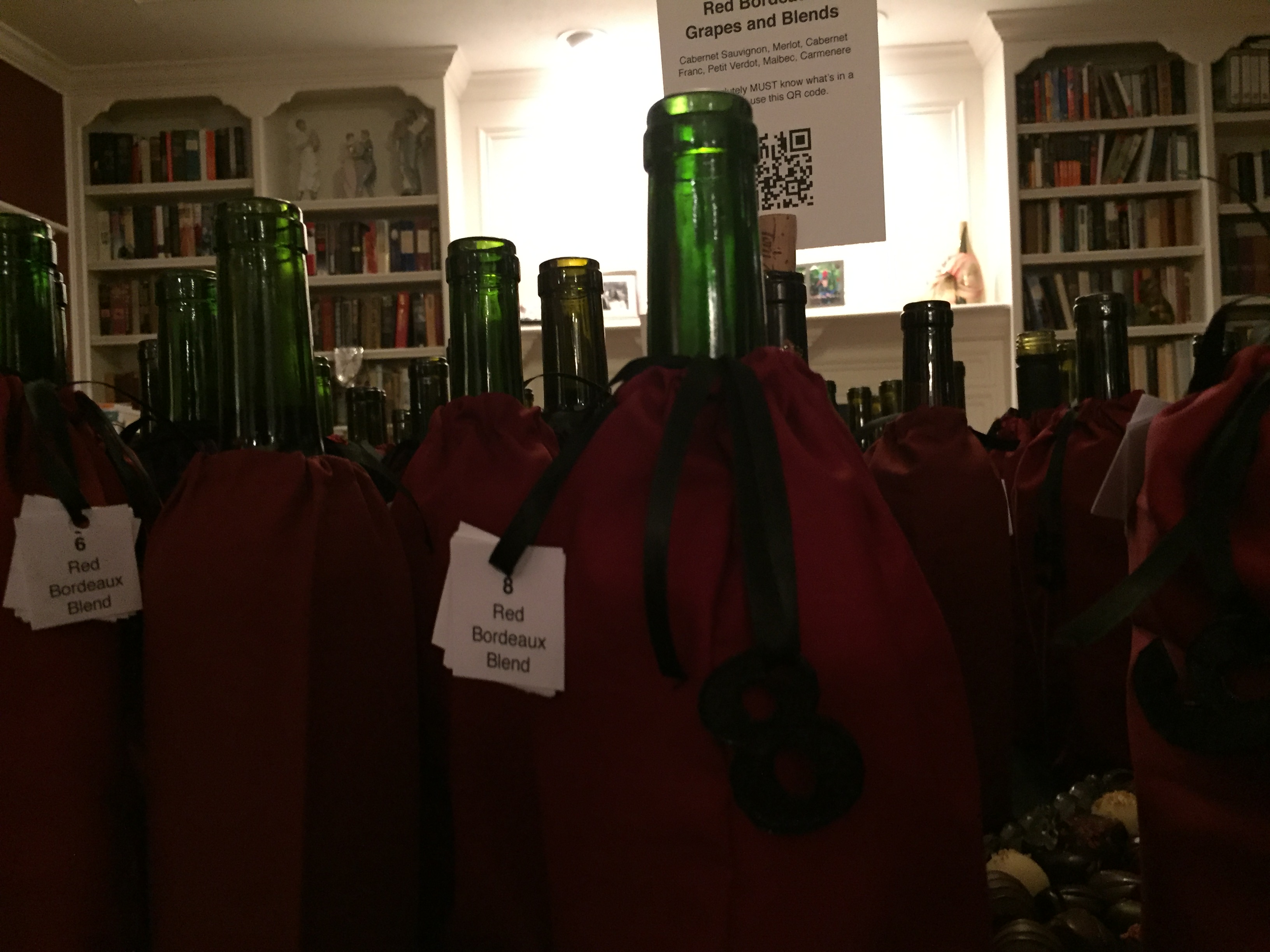 The Palate Press Grand Tasting is a unique consumer-driven wine tasting event. More than two hundred wines were blind bagged and placed on tables throughout the house. Wines were labeled with varietal or style (e.g. “Bordeaux Blend”) and numbered. Guests were free to taste whatever caught their fancy and to drink whatever they liked.

We watched for consumer preferences in a couple of different ways. We listened for buzz, for people saying, “hey, try number 127, it’s great.” We watched to see which bottles were emptied fastest, as people found something they liked and cuddled. And, because every bottle had tear away hang tags with numbers so people could remember what they liked, we watched to see which numbers were pulled the most.

There were grand cru and premiere cru wines, Napa Valley nobility, and small lot garagiste projects. Prices ranged from a few dollars to a few hundred. Guests tasted the wines for what was in the bottle, not what was on the label.

After the first night of the Palate Press Grand Tasting, we identified the wines the guests loved the most and submitted them to a tasting panel to pick our winners. There were lots of terrific wines, and tasting notes will be published throughout the month of December. 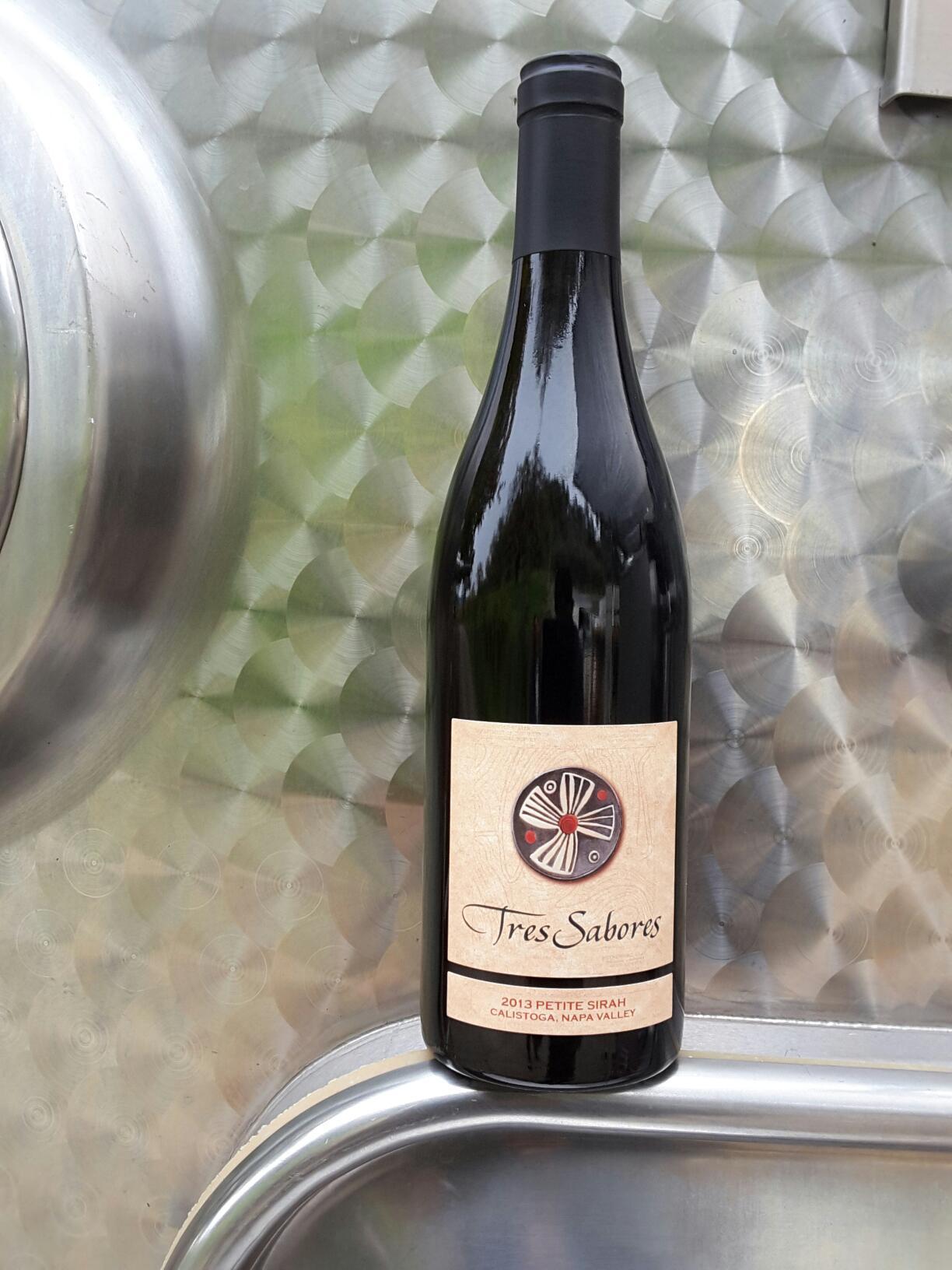 The guests quickly identified the wines they wanted the most. Downstairs, the crowded around the anonymous bag hiding a bottle of Tres Sabores’ 2012 Petite Sirah, drawn to the incredibly dense, dark, powerful wine. In the glass, light could barely peek out through the edges. The aromas and flavors were just as deep and rich, from the wine the guests and judges alike would choose as the Seventh Annual Palate Press Grand Tasting Best of Show.

Upstairs, two more bottles were getting similar attention from the crowd. Vineyard {511}’s 2012 Cabernet Sauvignon tempted people with aromas of blackberry and cassis, and kept them with fine sweet tannins and a palate slathered with black fruit and mocha. Rocca Family Vineyards’ “Tesorina” Cabernet Sauvignon was a big wine, with big alcohol, big fruit, and a big finish, but all that strength was contained in an extraordinarily soft, silky wine. Double Gold Medals went to these two red wines.

Two more spectacular wines stood out on the white wine tables. The first was another wine from Tres Sabores, their 2015 Sauvignon Blanc, the Seventh Annual Palate Press Grand Tasting Best White Wine. This Napa/Sonoma blend opened bright and tight, a “Napa meets New Zealand” Sauvignon Blanc, with gooseberry and quince. With air, and a few degrees closer to room temperature, it opened up more, adding white florals, apples, and a softer Meyer lemon zing. Rocca’s 2014 Chardonnay was almost an exact opposite, soft, round, filled with baked fruit and pastry flavors and aromas. One clean and bright, the other rich and decadent, and both were white wine Double Gold Medal winners.

Several more wines were barely half a step back and earned Gold Medals.

In the red wines, Troon Vineyard’s 2014 M*T Reserve, a blend of Malbec and Tannat, went from black to red plum, then was lifted with bright red fruits. Locations Wine AR, a non-vintage blend of wines from Argentina, showed a blend of black and red fruits touched with a pinch of nutmeg. Guests were also excited about Potter’s Vineyard 2014 “Vino Vasai” Cabernet Sauvignon’s big fruits, round tannins, and hints of tar, with lingering black fruit. Two more Cabernet Sauvignons from Rocca Family Vineyards, one from Grigsby Vineyard and another from Colinetta Vineyard, also impressed with big rich fruits and layers of flavor.

For white wines, Winter’s Hill 2015 Reserve Pinot Blanc had a beautiful nose, offering up passionfruit and peach, with fresh and baked fruits on the palate and Meyer lemon lingering on the finish.

Other wines of note were awarded Silver Medals: