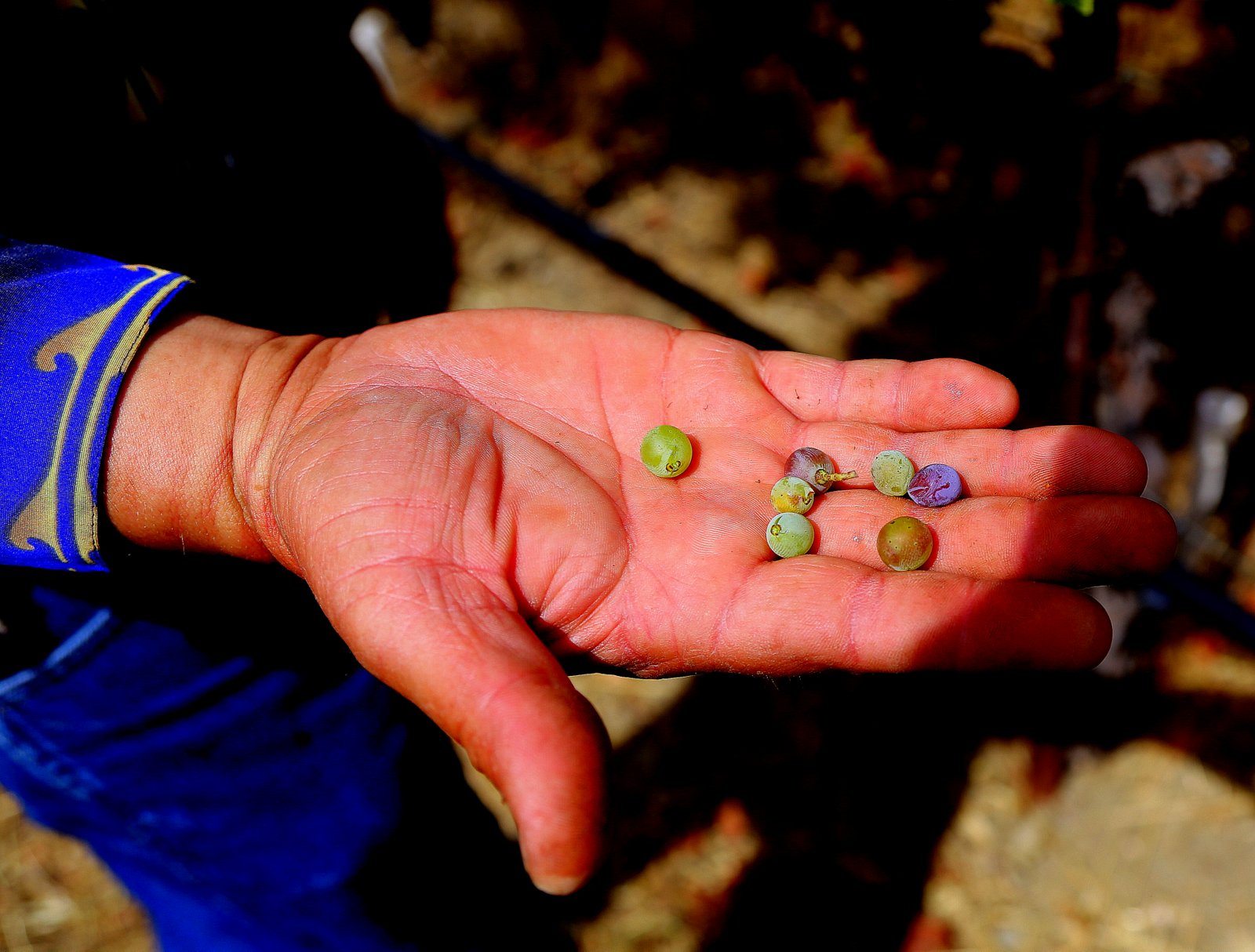 Imagine if I could tell grapegrowers a way to produce more wine from the same vineyard that is also actually better. Happy Thanksgiving winegrowers, I’m here for you!

There’s another culprit to add to the list of reasons wines are unintentionally getting higher in alcohol: crop-thinning. This revelation comes from Rootstock, Napa Valley Grapegrowers’ annual technical conference for its members.

The word “unintentionally” is important. Many vintners, especially in Napa Valley, want their wines to have higher alcohol because it brings greater body and more perceived sweetness, not to mention higher scores from last-generation critics. But plenty of others, especially Pinot Noir producers, claim to have little control over alcohol levels. They like to say they give us what nature gives them.

It turns out that they have more control than they believe.

First, a brief explanation of crop thinning. Each summer while grapes are in the early stages of ripening, a grower will hire a crew to go through the vineyard and chop off a bunch of grapes from each vine. The theory is that the vine will concentrate its energy into making the remaining grapes as good as can be. Like many theories of wine growing, this came from Europe in a time and climate when grapes struggled to ripen.

One reason there has been little research into crop thinning is that you don’t see farmers of other types of fruits doing it. Nobody cuts a third of their peaches off a tree before they’re big enough to sell; they would rather sell more peaches. But at the high end of the wine industry, grape growers can make more money with fewer grapes of higher quality. The question is, does crop thinning give higher quality?

Dr. Patricia Skinkis from Oregon State University said 89% of Oregon growers thin their yield, dropping anywhere from 25% to 50% of their developing grapes on the ground. Obviously this is expensive: some farmers are throwing away half of their yield.

Are the smaller crops better? It depends on your definition.

Thinning the crop does appear to increase anthocyanins, which give the wine deeper color, but don’t affect the flavor or aroma. However, thinning the crop makes the Brix level of grapes at harvest higher by 1.8 to 2.9 degrees, Skinkis said. An increase in Brix of that amount translates to an increase in alcohol level of 1.1 to 1.8%! Imagine that: a Pinot Noir that, unthinned, might have had a 13.5% alcohol level now might weigh in at 15.3%.

Why is that, you might ask? Why not just pick the smaller crop earlier, before the grapes develop so much sugar?

For anyone who might be shaking their head and saying, yeah but he works for Gallo, two things: 1) Previously he was a professor at UC Davis, and 2) Gallo has a long history of hiring some of the smartest people in wine to do cutting-edge research, not all of which it shares with the rest of the industry.

Now that Gallo has Napa Valley vineyards, it’s applying science to get the most from them. There’s an interesting question about exactly what this means, and I almost wrote this whole column about it.

Which gets back to the first point: if higher alcohol is a desired consequence, thinning the crop is great: it allows the grapes to take longer to develop flavor characteristics while building up sugar. You can see why this might be a good idea in cooler parts of Europe, especially when growers were paid more for grapes with higher Brix levels. But in the New World, avoiding excessive alcohol is most wineries’ concern. Nobody minds 14.5% alcohol; few want 16% alcohol. Yet sometimes they get it anyway; now we know why.

“When we did a survey of Napa Valley and Sonoma County vineyards, we found most vineyards were far, far undercropped,” Dokoozlian said.

In Napa, they thin crop because they’ve been told it increases quality. What if there’s a regime change in how quality is measured?

We’ll see with the 2015 Oregon Pinot Noirs, which appear likely to be that state’s biggest, boldest red wines ever. If the market embraces them and pays a premium, growers will want to keep dropping some of their crop on the ground. If not, let’s have more, better Pinot!