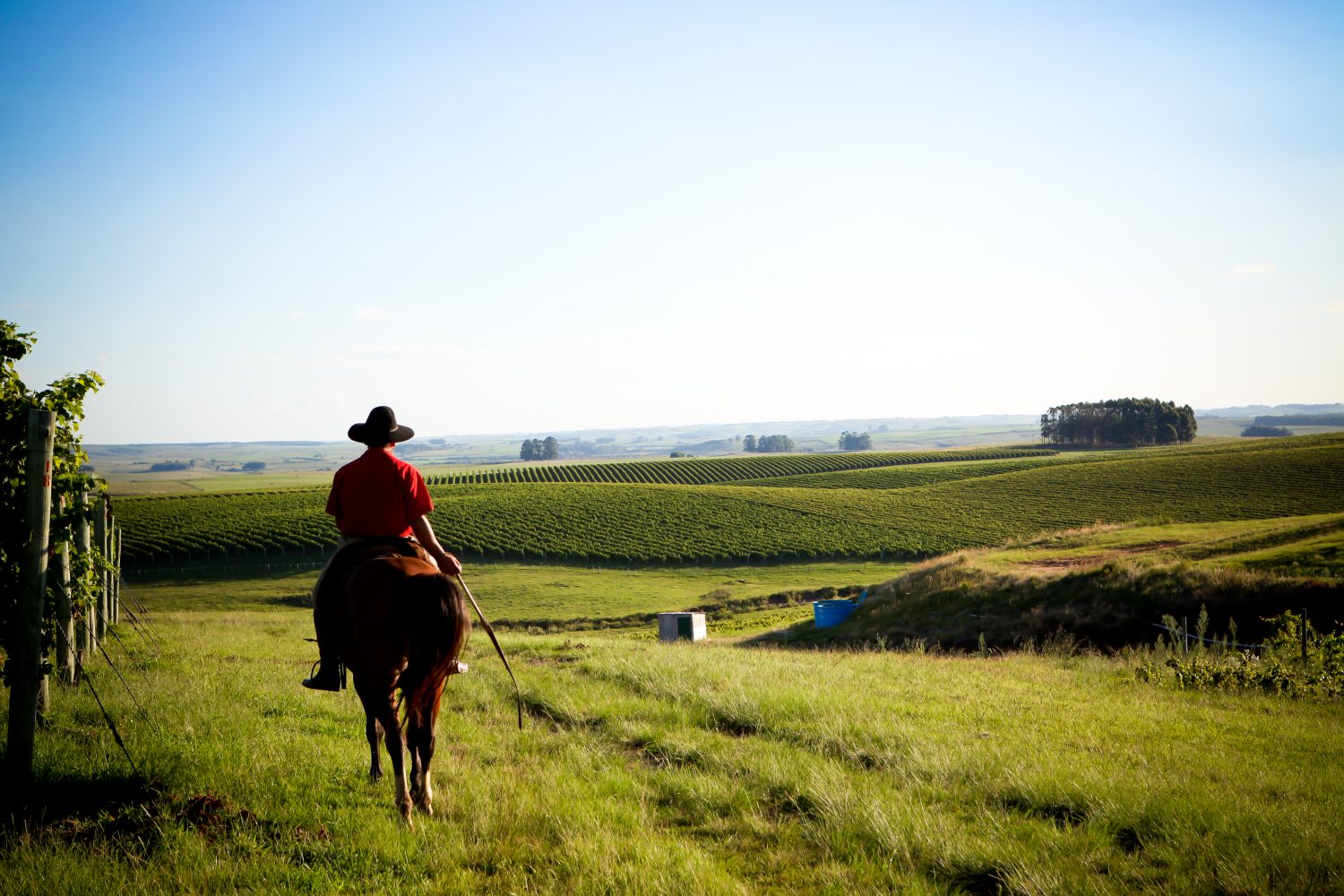 There is a reason you haven’t heard too much about Brazilian wines.

It’s not because Brazil is new to wine production.  It has more than 1,100 wineries, mostly in the cooler southern regions, and there are more than a quarter of a million acres under vines. But, although there are some very good to excellent wines being made there and exported here, the reputation of these wines has been overshadowed by the reputation of wines that weren’t worth writing home about, let alone bringing home.  Alas, some appeared on our doorsteps, anyway.

Evan Goldstein, who heads the Wines of Brazil account, is trying to upgrade the country’s winemaking image through tough love and hard work.  Goldstein, president of Full Circle Wine Solutions, has a long background in the wine trade, obtaining his MS certification in 1987 –the youngest at the time to do so – and having worked with such prestigious firms as Seagram’s, Allied Domecq and Beam Wine Estates.

Goldstein knows that we American drinkers have a welcoming attitude of, “Let me taste what you’ve got.”   Over the past several years, we have been welcomed Shiraz from Australia, Malbec from Argentina, Sauvignon Blanc from New Zealand, Albariño from Spain, Moscato from Italy, Assyrtiko from Greece.  Most of these wine introductions followed the same path to success – a few sommeliers and importers fell in love with a region, invited those of us in the media to come visit the source and then convinced consumers that this wine is the next big thing and they need to order a glass of it right now.

One would think it should have been simple for Brazil to follow that path.

But you know what it’s like when you get in the wrong line at the supermarket.   The guy in front of you goes back for a second box of granola because they’re on sale at two for one.  Or some woman at the last minute in checkout goes scrambling in her voluminous handbag for her wallet, looking like a terrier digging out a rat.  Or the store decides to change clerks just as you start unloading your cart.

That’s how Brazilian winemakers must feel.

“When I was working at Seagram, I tried all the Brazilian wines,” Goldstein says.  “They were all terrible.  Later, when I was going to Argentina for a project” – Goldstein has written a primer on South American wines – “the people in Brazil asked me to come over.  I wasn’t sure that things had changed that much.  That was eight or 10 years ago.”  But, what the heck, he was in the neighborhood, so he spent 72 hours in Brazil.

“They had a couple of good wines, some were medium, some were crappy.”

Ten years later, a lot has now changed, but the road is still rocky for Brazil.  Although it should be basking in the glow of hosting the upcoming the Olympic Games – a perfect backdrop for introducing its wines to the world – athletes are objecting to competing in dirty waters, the Zika virus is a serious healthcare issue and the political upheaval in the capital of Brasilia makes our presidential campaign seemed somnolent by comparison.

Still there is progress.  A half-dozen serious importers are now carrying Brazilian wines, and those I’ve talked with tell me most Americans still love Brazil in spite of all the bad publicity.  And Goldstein is now convinced that there are lots of good Brazilian wines that are, or will be, coming to America.  Most wines I’ve recently tasted – particularly those of  Lidio Carraro and Salton – can go to the front of the line.

I asked Goldstein what are the strengths of Brazilian wines these days, and he cited four. “Sparkling wines,” he immediately replied.  “There are significant ones at all price levels.”  Next, he touts the “amazing number of grape varieties being grown – French classics, French weird, Italian grapes, Iberian grapes.”  Though not being able to focus on one variety as have other South American regions (Argentina = malbec; Chile = cabernet; Uruguay = tannat) makes fast adoption difficult, a diverse product line can help in the long run.  A third strength, Goldstein says, is Brazil’s winemaking style, “which is architecturally European – good for the Europhile drinkers.”  Finally, “although it’s a bit faddy, Brazilians are experts in making moscatos.”

The flip side of the coin?

“First, they don’t have a reputation for winemaking.  If you asked people which 15 things they associate with Brazil, winemaking wouldn’t make the list.”  Second, importers have not flocked to Brazil, though Southern, Winebow and Quintessential have all climbed on board.  Third, although Brazilians make good cab and merlot, those are not exactly wines facing a world shortage.

Finally, I ask Goldtsein, who has worked with the introduction to the U.S. of other wines, if there a model that resembles Brazil.  “Probably Greece,” he says.  “They at first suffered from a very poor image, and now they have several good wines on the market.”

So now that Brazil is finally making it to the world wine Olympics.  Let’s just hope it doesn’t get lousy scores from the East German – that is, Maryland – judge.