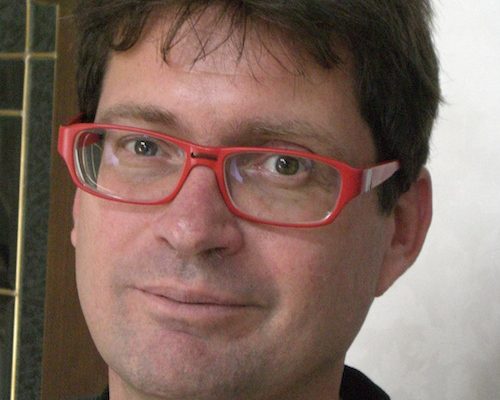 Time for a truce on alcohol levels

Is the battle over wine alcohol level over? Is it time to climb out of our World War I-type trenches?

Last month, Constellation Brands unveiled a huge 8-country survey that asked regular wine drinkers whether they have bought, or would buy, lower-alcohol wine. Of respondents, 38% said they have and would buy more; 15% said they were interested, and 47% said they “would not consider buying lower alcohol wine.”

That seems about right. In politics, our most passionate debates are on issues where people are evenly split. There’s no more contentious issue in wine than alcohol level, with true believers on both sides refusing to acknowledge that the opposition has merit.


One side, which includes some leading sommeliers, says lower-alcohol wines are superior, and often uses a line drawn decades ago by U.S. government bureaucrats: 14 percent. The opposition says wines are made from fruit, fruit is best when it’s ripe, and wines should be judged on their taste, not their statistics.

Ironically a lot of the latter army then turns around and gives wine artificial statistics in the form of ratings. But The Wine Advocate and Wine Spectator continue to refuse to include alcohol level with their reviews. Wine Spectator gives the case production, under the assumption that readers care, but not the alcohol level. It’s a philosophical line in the sand; if you read Wine Spectator reviews, you must be one of the 47% who don’t care about alcohol level.

If you’ve never read The Wine Advocate, but only complained about it, you’d be surprised at the amount of information it gives in its reviews. It’s not just enthusiastic tasting notes (“bursting with bomblets of blackberry!”) and absurdly inflated scores; individual reviews often have information about the weather at harvest, the type of oak, even the yeast, but not the alcohol level.

I see signs that this stance is wavering. Last month, Wine Spectator‘s Tim Fish wrote in a story about Limerick Lane, “The wines range from 14.8 to 15.3 percent in alcohol by volume, which isn’t out of line for Zinfandel.” It’s a touch higher than people in the opposite trench would prefer, but Fish at least acknowledges their presence.

And the Advocate‘s Robert Parker wrote this about Kistler: “Alcohol-phobes among readers will be pleased to know that the alcohols of these wines run in the low range, between 13.6 to 14.2, yet the wines are very powerful, rich, concentrated and intense.” Parker believes he has alcohol-phobe readers! This is like Russia nodding sympathetically at Ukraine: no concessions yet, but it’s a start.

I wouldn’t be surprised to see one or both publications suddenly include alcohol level in their reviews. They’re not stupid; their main audience may be the 47% who don’t care, but the herd in the opposite trench is an appealing potential subscriber base.

When the Advocate and Spectator make the change, which I think is inevitable – the chance to double one’s potential reach is just too tempting – they’ll face reactions from their faithful like the one I got recently from a commenter on Wine Searcher. I ran a list of tasting notes of Anderson Valley Pinot Noirs with the ABV, sans any comment whatsoever on the numbers, and somebody responded: “Puritanism has hit W-S. Why do we need the ABV in the title line?” Reminds me of politics: not an aversion to opinions as much as an aversion to facts. 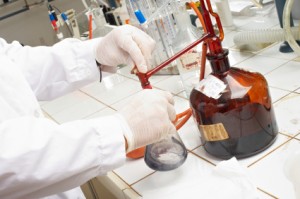 For many people, “alcohol level” has been a subterfuge to argue about the style of wine. I don’t know what the divide is between people who like “rich, concentrated and intense” wines, to quote Mr. Parker, and those who like their wines more elegant and savory. But I’ll bet more than 47% of wine consumers are with Parker on this. You can’t make people like a style of wine that they just don’t. But you can win the battle of at least telling them what they’re drinking.

My own position on alcohol level is that it matters. It’s information, and I want it. I want U.S. wine law to be more like E.U. wine law, with less tolerance for inaccuracy. Every time I write this I have U.S. vintners explain to me how difficult that is, what with ordering the labels from the printer and all. Balderdash. Are you going to tell me Europe can follow a 0.5% tolerance, but here in the U.S. of A. we’re not technically savvy enough, or industrialized enough?

That said, I’ve never been one to say I will not ever drink a wine above X level alcohol. I’d rather drink wines in the mid-14s and below. But not all wine is for me: there’s a market for 17-percent alcohol Zinfandels, and they’re welcome to enjoy them.

Alcohol equals calories, though, and that’s what’s driving the desire for lower-alcohol wines in some countries. This might be the issue that causes warring wine lovers to ally against a common enemy, because nobody who loves wine wants to see it bought or sold purely by calorie count.

Personally I think the war is just about over, and we’ll get out of our trenches right where we are, shake hands and learn to co-exist. Just acknowledging that half the wine world doesn’t agree with one’s opinion on the topic is a start. Taste preference is highly personal; there are more important things to fight about.