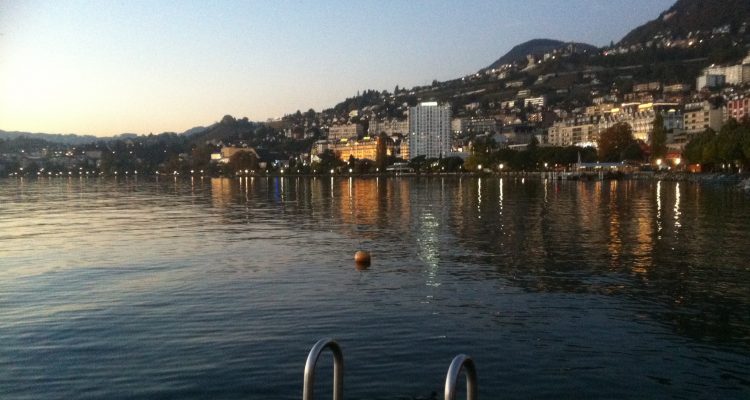 We keep saying that “content is king” on the web, but maybe that’s not totally accurate. Content is a baron, the real king is the consumer. That’s why it’s becoming so important for the wine trade and the wine industry to stay in touch with consumers; they are crucial to determining trends and they share their messages about wine through the digital media, on platforms of community tasting notes like CellarTracker (the world’s largest collection of wine reviews and notes) , or in wine review apps like Vivino. 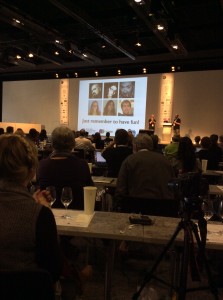 “We expect to exceed 100 million scans in the next month” reported Torben Mottes, vice president of product at Vivino. When the latest version of the app was released, there were 30,000 downloads a day. To a winelover, this is just a tool “to speak about wine” however, in the digital world, there are tons of places like this. Can the wine industry keep ignoring all those voices? If it does, it’s at its own risk. And, in addition, everybody writing about wine on the web has to improve their approach and become more professional: pioneering times are over…”

This talk was just one of the many interesting topics discussed during the latest Digital Wine Communications Conference (DWCC, formerly the European Bloggers’ Conference). There were so many fascinating issues that two and a half days were not nearly enough. Organized by the Vrazon team (Ryan & Gabriella Opaz and Robert MacIntosh) with the support of Swiss Wine Promotion, the DWCC is the most important meeting of wine lovers and wine professionals who shared the common passion for new technologies. This year the conference was held in Montreux, Switzerland and the its theme was “Wine in Context.”

Torben Mottes wasn’t the only successful entrepreneur to get on the stage at the 2m2c Convention Center in Montreux, a venue better known for jazz than technology. Google sales chief Hamish Nicklin, editor-in chief of Meininger’s Wine Business International, Felicity Carter, and CellarTracker founder Eric LeVine also appeared in the “Disrupt Wine Talk” session that was as fast and fascinating as a fireworks show.

The entire conference was full of terrific moments, professional updates, shared experiences, suggestions and ideas about what wine digital communicators should care about. Everybody agreed that the digital world is actually the best way to connect the wine world to the consumer world and to start a conversation. The challenge now is to be able to stand out in the general buzz and win the attention of consumers who are getting more and more demanding – and who, with their reviews on many channels, are expressing their preferences. And sometimes they talk about their own projects, too.

Thus a session in the conference was reserved to introduce some ideas for the Wine Business Innovation Summit, the wine think-tank that takes place in January, somewhere in Europe. Three projects – Bottlebooks, CriteeQ and Food4Wine – were presented by their creators, to be judged and voted on. The winner was Food4Wine by Konrad Katarzyna. This is an app for pairing food to wine using recipe sites which also give users the opportunity to buy the wines: Katarzyna will be invited to join the next edition of WBIS, scheduled in 2016.

And talking about wines, as usual the DWCC offered a great choice of them, with Swiss wines playing the starring role. The guest star of this conference, Jancis Robinson MW, along with grape geneticist Dr. Josè Vouillamoz held a Grand Tasting of Swiss Wines, an exciting overview of the most important grapes (chasselas, petite arvine, merlot, pinot noir) from different regions. They described the uniqueness of the soils, the vintages and production styles. I have to admit I didn’t know of the existence of indigenous varieties like chasselas or cornalin which I also tasted on the conference’s Sunday trip to Valais. These grapes were a nice discovery because I really enjoyed the wines made with them; my collection of “favorite local grapes” is now richer.

In addition, another tasting and Master Classes with wines from all around the world were organized. Participants had the opportunity to taste wines not only from Greece, Hungary, France and Italy, but also from Lebanon, Holland, South America, and many other countries. This is thanks to the traditional “Bring Your Own Bottle” dinner just before the official opening of the conference, an informal dinner where everybody can share a bottle of their favorite wine with the other participants. No doubt, as Jancis Robinson pointed out in her final keynote at the gala dinner at the Montreux Casino, never before has wine has been so appreciated and of such good quality, everywhere in the word. For this reason the most respected wine critic in the world cautioned, “Before wine is taken over by censorship and bureaucracy, we have to make the most of it.” The golden age of wine is right now, and we all are living it.