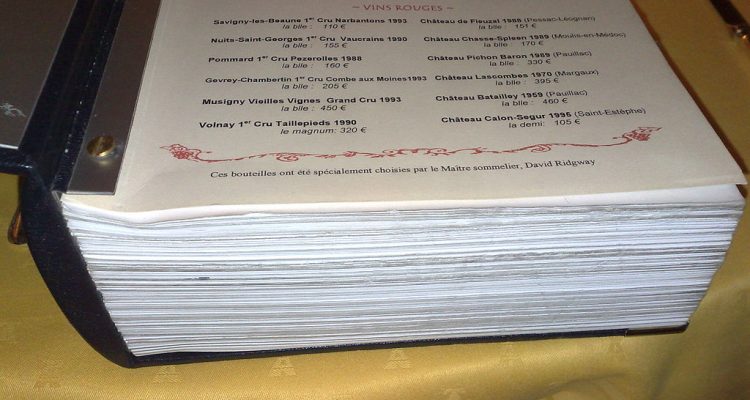 Wine List Snobbism: Real or Made Up by “Old Guys”?

Last week, my good friend, W. Blake Gray, penned an article in which he accused some folks of (a) being old and (b) not liking wine lists that are filled with unheard of wines. Why he had to diminish a perfectly good discussion of the manner in which restaurant wine lists do or do not serve their customers and why by bashing those with whom he disagrees is something for which Blake will have to answer.

But, the whole issue of what restaurant wine lists consists is a useful discussion topic in the wine world. There is controversy aplenty and has been for some years now, and thus discussions, evaluations, conclusions have all been part of the fabric by which we examine issues—and will continue to be. That boat sailed a long time ago, and objections to criticism just blur the real issues.

The nub of the matter, of course, is that many observers feel like there is a “look-down your nose trend” toward established wine brands and varieties on the parts of some restaurants, and, especially here in San Francisco, an ABC trend (Anything But California) that belies the outspoken locavore look to the cuisine. And while it is not anyone’s place to insist on a given formula for wine list content, even when some of the most interesting place are going out of their ways to pat themselves on the backside for their locally sourced foodstuffs, that should not prevent folks who care to comment from commenting.

There are several points that really need to be made about the topic. I have chosen a salient few lest this article turn into a short story.