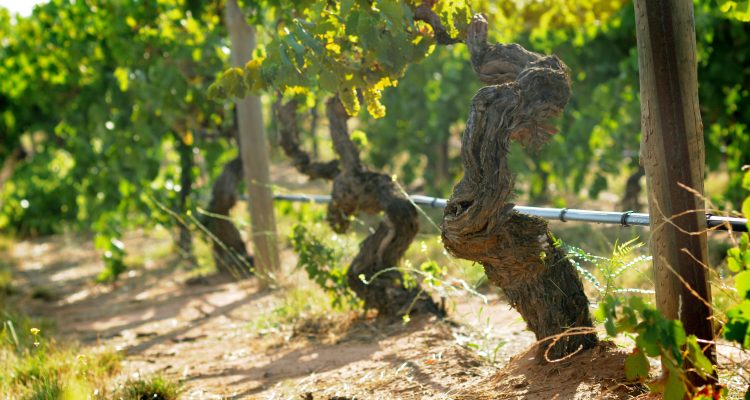 Marsanne is on the up. Slowly, but surely. The reality is that globally so few bottles containing this erstwhile grape declare it loud and proud. It’s enough to give a grape a self-esteem issue. In its homeland, along the Rhône River, it may be blended to form a savory-edged partnership with Roussanne and Viognier and many times under the guise of Hermitage or white Crozes-Hermitage. Enter the New World and clearer labelling and surprisingly, it is still is not as commonplace as it deserves. Yet in Australia the Purbrick family makes Marsanne their business, with some of the oldest marsanne vines in the world, and under their label Tahbilk it gets the limelight as a solo artist that it deserves.

Marsanne is no stranger to Australia, where it has had a long history. (Of course, it’s all relative compared to its Rhônish roots.) There are numerous producers of this fine white grape in Australia. However, the majority of these producers only have small holdings and, as such, this variety is all too often consigned as a odd man out and sold through cellar door or hand-sold to the on-trade. When looking at the white wine grape varieties by vineyard area, marsanne, with 192 hectares (474 acres), does not feature in the latest top 10, according to the Australian Bureau of Statistics. 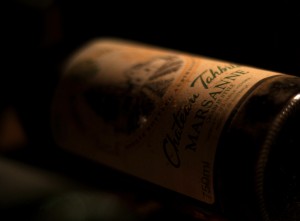 Over the past decade, winemakers have increasingly shown interest in producing fragrant, curvaceous blends with marsanne, roussane and viognier, such as McLaren Vale’s d’Arenberg and the Barossa Valley’s Turkey Flat. Turkey Flat also make a dessert version with grapes that have been dried in the sun. Originally, d’Arenberg planted their marsanne in the late 1990’s with the view to produce a straight varietal wine, along with straight roussanne and viognier. While they have partially achieved this goal with their The Money Spider Roussanne and The Last Ditch Viognier there are no plans afoot to now produce a straight marsanne.

However, to my mind, Tahbilk’s range tells a rich story steeped in the pioneering spirit of Australian winemaking and the Purbrick family. Nowhere else in Australia, to my knowledge, has the breadth of choice on offer.

The first marsanne vines were planted in the Tahbilk vineyards in Nagambie Lakes in the 1860’s with vines sourced directly from the Rhône and some from St. Huberts in Victoria’s Yarra Valley. Ironically, the parent vines for these vines have since perished as St. Hubert’s fortunes declined around the 1920’s. St. Hubert’s now includes a roussanne in their range, but marsanne has not been re-established.

According to Tahbilk, it is likely that the marsanne was used for sherry style wine production along with verdelho and the luscious Pedro Ximénez. At the time, a large portion of wines produced in Australia were fortified and many wizened old vines still in production today, including some of the world’s oldest grenache, are the remnants of this era.

These original marsanne vines planted on Tahbilk were lost to phylloxera by the turn of the next century. It was during the winery’s resurrection in the late 1920’s – after the Purbrick family purchased the property – that marsanne was replanted. These are the source vines for the wines under the iconic “1927 Vines Marsanne.” Wines under this label are made to age with the grapes picked early to retain a higher natural acidity.

Having no marsanne in the vineyard for stock, Tahbilk sourced new stock from the Rutherglen Research Station, which closed in the 1970’s. Although records do not show the lineage for these particular vines, the Purbrick family think that they may have been from the original Tahbilk plantings.

The Purbrick family has used their vines wisely. They currently have the largest single holding dedicated to marsanne in the world and Tahbilk have named it one of the world’s rarest grape varieties. The family has quite an enviable museum release scheme. The oldest marsanne that they have in the museum is 1953.

This vintage was poured at the Coronation Luncheon for Queen Elizabeth II at The House of Commons, making it very rare indeed, although, it was a little past its best when it was last tasted during Tahbilk’s 150th Anniversary celebrations in 2010. However, the 1959 has fared better, and the reports were that the 1974 marsanne was still drinking very well with another decade left. (There is some talk amongst the team that this could have been the result of a very high dose of sulfur. If it is a mistake, it is a happy one). 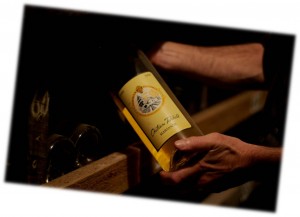 The current vintage for their fresh young Marsanne is 2013 with a short wait for the 2014. At the moment you can pick up the 2008 vintage as well as the 2005 “1927 vines.” There is also a white Rhône blend of roussanne, marsanne and voignier.

Marsanne at any age seems to be a harmonious match with food. Like an aged Sémillon, the added age gives extra facets of depth and complexity, which suit a wider range of food. Only very recently, though, have I heard it pop up in conversation with anyone outside of the trade. It is a relatively unknown grape variety in Australia, seemingly only known to the diehard Rhone wine lovers. However, it has been gaining recognition again thanks to the sizeable reach of some of Australia’s larger family wineries, including the eclectic collection from d’Arenberg’s Osborn family.

In its youth, it can reach the heights of prettiness bringing with it the honeysuckle freshness of summer. According to d’Arenberg’s Chester Osborn, the marsanne from their vineyards “is quite different to Tahbilk’s as it yields low on the grey cracking clay and shows pungent green mango, green papaya and pistachio character.”

As it gains a graceful decade, the marsannes from the Nagambie Lakes region, like those from the Northern Rhône seem to only just hitting their stride. The wines still retain fruit and floral detail in amongst honeyed depths and the acid backbone is still strong with some softness gained from maturity. The current museum release from Tahbilk is no exception to that rule.

Tahbilk 2013 Marsanne ($14.35) – This 2013 vintage is looking remarkably pretty with floral notes to the sun ripened pear and zesty lime held together with some minerality. In the mouth, the floral notes become distinctly rose-like. A dry white that is juicy, medium bodied and has plenty of taut length. The flavour continues to build in the mouth and takes on a savoury edge, which adds dimension to the otherwise pure fruit.

A wine that is good on its own although it equally does justice to food too. Tahbilk is one of those family wineries that consistently over deliver on quality at these price points.

Tahbilk Marsanne 2008 Museum Release ($19.75) – The honeyed lemon and pear fruit has added detail of mineral savouriness. An elegantly bodied wine with fresh acid and some development shows in the very long finish of honeyed pears.     There is still the potential to cellar this wine in the mid term. With six years of age on it now, there is plenty of life left in the cellar.

Tahbilk 1927 Vines Marsanne 2005 ($40.45) – A nine year old white wine that is still looking remarkably fresh for around $40. Remarkable value – but then marsanne in general is undervalued and Tahbilk’s wine club prices are an absolute steal.   The 1927 Vines are the original Tahbilk marsanne vines. There is some honeyed age on the palate and nose amongst the fresh pear and lime juice. The palate is spicy with honeysuckle and has a fresh zing to its step still. The mandarin acid is soft and the length is long, linear and juicy.   A seriously delicious wine now or with even more time languishing in your cellar – Tahbilk has done much of the cellaring for you already.

** note: the prices are cellar door in AUD