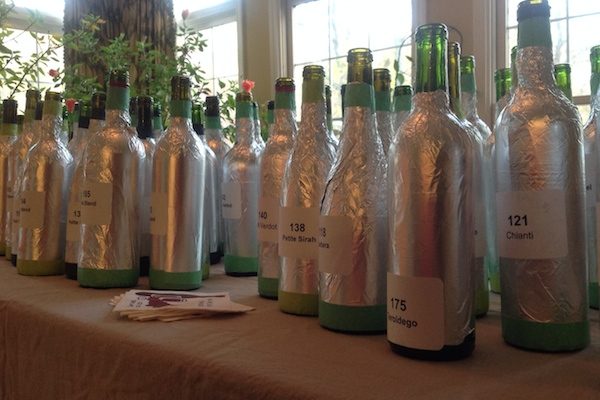 Blind tasting is an artificial experience. Consumers don’t taste wines blind, except as a game. If you really want to enjoy a glass of wine, you need to know what it is. Where it came from. Who made it. Its story.
But blind tasting is essential for critics. It’s the only fair way to discover unknown wines, and to judge famous wines without succumbing to reputation. 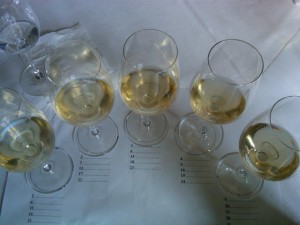 A big question with blind tasting is, is it repeatable? Will a wine tasted by the same critic on two different occasions get the same score?
A multi-year study of judges at the California State Fair wine competition showed that even for most wine professionals, it is not.
Top critics have a lot at stake in convincing you that their ratings are immutable: that a 92 on Tuesday is a 92 when you buy the wine a month later and a 92 when you drink it on your birthday.
I have put off quoting Steve Heimoff here, but a comment he wrote on his blog last week caused me to (figuratively) tear up the column I had written for Palate Press this month and write this screed on blind tasting instead. Thanks a lot, Steve.

Heimoff often writes to provoke; I have some familiarity with that. He’s often outlandish in his opinions but he’s an excellent blogger because of it: people may read him to get outraged, but they read him.
Still, even by his standards, this comment demands further consideration. Heimoff, who reviewed California wines for Wine Enthusiast for nearly 20 years, wrote:

“I suggest that if we, or any critic, were to taste the same wine multiple times, that scores would vary. And how much they would vary is tied into the nature of statistical analysis. The more frequently we tasted the wine, the more variance in scores there would likely be.”

Whoa. Think about that for a second. The more a critic tastes a wine, the less reliable their scores would be. Heimoff, meet Heisenberg.

However, I’m going to give Heimoff the benefit of the doubt and say that, as often happens on his blog, he just wrote what came into his head, without any larger agenda.

It’s likely that Wine Spectator will fall over itself saying its own scores are repeatable; that Heimoff is not as accomplished a taster as their own superannuated panel. And maybe they’re right.
It’s a good chance to look at how blind tasting should and shouldn’t be used by critics.

On its site, Wine Spectator has a short mission statement titled, “Why We Taste Blind.” I like it a lot. It reads in part, “Impartiality is crucial to fairness; good judges base their decisions on facts, not favoritism.”
Without naming the Wine Advocate, whose critics don’t taste blind, it says that the Spectator does not believe a critic can “overcome the expectations that are inevitably triggered by knowing the identity of a wine, its reputation and its price.”

Studies have shown this to be true. Tell people that a wine costs more in a blind tasting, and they like it more. And why wouldn’t you be predisposed to like a barrel sample poured for you by a winemaker you know and like?

In his book How to Love Wine, Eric Asimov speaks of his own dislike for the blind tastings he conducts at The New York Times. Asimov writes, “It’s not unusual for a wine that in the past I’ve liked very much to receive a low rating from the wine panel. Ordinarily I take this in stride. But sometimes I find it disturbing.”

That is one of the most useful features of blind tasting: to be disturbed. To ask yourself, do I really like what I like? Or do I like it because I think I should?

Some wines don’t do well in blind tasting. Asimov writes of a German Riesling producer whose young wines taste sulfurous, whereas he likes them as they age. As one of his readers, I think it’s useful for him to realize just how off-putting those young wines are; it would be easier to ignore it in a non-blind tasting.

It has taken me a long time to say Pinot Blanc, when made well, is one of my favorite white grapes, in part because it never does well in blind tastings. The grape has a snap of bitterness at the end; it just doesn’t taste all that good by itself. With food, that finish becomes refreshing and palate-resetting, and keeps what initially seems like a fairly simple wine interesting ithroughout an entire bottle. But a Pinot Blanc would never get 95 points unless it was oaked into a perversion of itself.

The most useful aspect of blind tasting is discovery. At the Concours Mondial de Bruxelles this year my panel got a flight of red wines that we liked and couldn’t identify. Turned out they were from Lebanon, and they were nothing like the musty wines of Chateau Musar, the only Lebanese winery I had heard of. I can’t wait to try some Lebanese wines non-blind; the country of origin is a story in itself.

A great wine critic tells the story of the wine, because that enhances the readers’ appreciation, but doesn’t forget how the wine tasted without it.