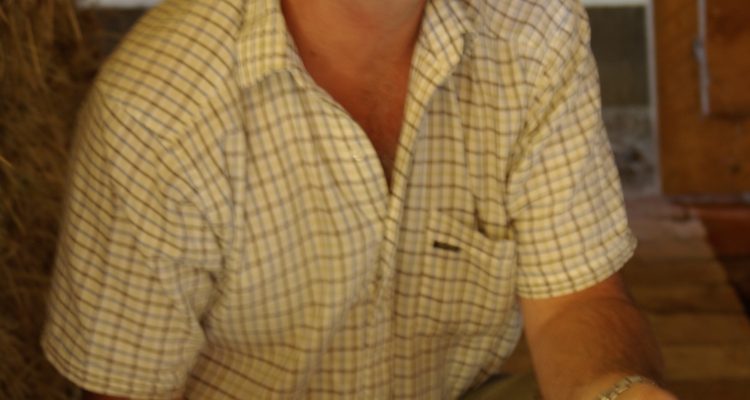 I don’t think much about biodynamics – I don’t think about it often, and when I do, it’s with skepticism. Astrology, a main thread tying the biodynamic system of agriculture together, is a sure sign for me to toss something into the recycling bin. But a recent trip to Central Otago and meeting three of the many biodynamic vignerons in the area has forced me to rethink my position. Nick Mills at Rippon, Rudi Bauer of Quartz Reef, and Gareth King at Felton Road talk about biodynamics as a way to grow human caring along with healthy vines, and that’s something I can believe in.

The ninety-second explanation of the biodynamic approach: a farm (biodynamics doesn’t just apply to vineyards) functions as a living body. It should work together as a body to be as self-contained and as self-nourishing as possible. The goal of farming is to maximize the farm-organism’s life force, done first and foremost through well-constructed compost, built on manure and spiked with a variety of special treatments including herbs and minerals. People are part of the farm organism – biodynamic vineyards often provide much of their teams’ foodstuffs with gardens and livestock – as are the native flora and fauna. The moon and planets affect plants’ lifecycles, and crops will have the best response to treatments at specific moments in the astrological calendar. Organic is a given: no synthetic pesticides, no chemical fertilizers.

As a microbiologist, I appreciate data and coherent explanations. As an academic, I tend to be skeptical as a general rule. But as a humanist, and a microbiologist, and an academic, I appreciate that the world is invariably more complicated than what we can account for. I also think that any system that increases the attention and care we give to our work tends to improve that work; call it mindfulness if you want, but research says that mindfulness works. It’s hard to argue against replacing pesticides with compost, too, in terms of improving environmental health even if you don’t buy the improvements to human and crop health. So, last week found me happily poking my nose into beautifully aged cow manure, rubbing herbs between my fingers, and being surprisingly convinced by Mills, Bauer, and King as they explained why they choose to farm biodynamically.

Central Otago is New Zealand’s most southerly wine growing region, best known for its rather robust pinot noirs. The terrain strikes me as remarkably similar to eastern Washington: rocky, hot in summer and cold in winter, and relatively dry, with Otago’s scrubby wild thyme replacing Washington’s sagebrush. Bauer, winemaker at Quartz Reef, suggested that the reason why Otago grows pinot noir – pretty much the only thing that eastern Washington doesn’t grow – is the region’s massive day-to-night temperature swings; lows near freezing and highs in the upper-90s Fahrenheit (30C) aren’t uncommon in summer, so the vines receive less heat than Washington counterparts. The Mills family – Nick is a second-generation winemaker – has made Rippon on the much-photographed shores of Lake Wanaka, which makes him the most northerly and wettest of the group. Rudi Bauer, an Austrian who came as the first university-trained winemaker in Otago in 1989, started at Rippon and has since moved to his own, drier bit of north-facing slope at Quartz Reef in Bendigo, about thirty minutes south. Gareth King tends Felton Road’s vines in nearby Bannockburn. All three adopted biodynamics in the early 2000s.

That attitude is sufficient to explain many biodynamic practices. Good compost contains beneficial bacteria; compost is to a farm as yogurt is to your gut. Herbs can have medicinal effects. Providing habitats for local insects by growing flowers between your vines and keeping a garden to feed your staff seems to benefit everyone. All good. But what about the astrology and some of the more arbitrary-sounding details? Does preparation 500 – aged cow manure sprayed as a soil and plant nutrient in homeopathic amounts – really have to be buried in a cow horn? Does King really need to build a herd of Highland cattle at Felton Road just for this purpose instead of using terra cotta pots instead? What if there aren’t any stags around for preparation 502, yarrow tea aged in a stag’s bladder? Do “Venus forces” really “manifest” in yarrow?

My biggest problem with biodynamics is this: it was invented out of whole cloth by a philosopher otherwise best-known for inventing the Waldorf system of education. Rudolf Steiner was a whiz at designing coherent systems: in addition to Waldorf and biodynamics, he invented a system of philosophy called anthroposophy, designed buildings, wrote plays, was influential in founding the Weleda natural healthy products company, and underwrote political and economic humanitarian reform. But even a genius doesn’t invent a perfect system single-handedly. To call Steiner a clairvoyant and a spiritual leader, as a biography published in Biodynamics and on the Biodynamic Association website does, is to risk mistaking biodynamics for a prophecy that can’t be changed without ruining its integrity rather than a start at a system of practice that can and should be refined over time. Could we keep the beneficial soil microbes and the connection to the earth and ditch the Venus forces?

Both Bauer and King say that they think of biodynamics as a tool box from which they can freely pick and choose what works for them rather than feeling compelled to profess the full doctrine. But King also tries to apply his compost treatments at specific times of the lunar calendar, as full-on biodynamics suggests. Explaining the decision, he references how humans feel something different at the full and new moons (sounding a lot like my old yoga teachers) and that “a lot about farming or biodynamics is what feels right.” Most of what he says about biodynamics points, in essence, to developing a connection between the vineyard and the people who work it. His crew stirs biodynamic preparations by hand, even though he recognizes that a machine might do a better job of it, because stirring is as much about someone experiencing what they’re doing as it is about a physical effect on the mixture. Stirring adds oxygen to the preparation, but it also adds care to the vineyard worker: “it’s about getting people to understand that little things matter.” King has access to ample scientific data about his soil and vines. But when we meet his harvest crew coming back from the field, he says, “You know my best technology? They just walked past us.”

Some mainstream scientific research has tried to figure out whether biodynamics is effective, but not very much, and much of it hasn’t been very useful because methods researchers use don’t always look specifically or carefully enough at biodynamics in well-controlled settings. But I’m not convinced that what the research says is entirely relevant. There are three problems with how scientists have approached biodynamics. First, the tools we’re using may not measure what biodynamics does; in other words, biodynamics may work through channels we’re not observing. Second, the placebo effect is real and useful; if biodynamics helps people feel as though their doing better work and making better wine, that’s a good and useful and worthy thing independent of any quantifiable data about soil conditions or plant health. Third, and most importantly, biodynamics is a complex system of many different practices. Treating the system as an unchangeable whole groups the Venus forces together with the beneficial bacteria.

I’m willing to allow that biodynamics may work very poorly as a scientific system and very well as a winemaking one. Science exists to make observations, think about them, and come up with coherent explanations – with no extraneous bits included for decoration or sentiment – of how the world works so that we can predict what it will do the next time around. Winegrowers and winemakers are also looking to make predictions, to know what techniques will turn out the desired wine style, but they don’t need a coherent explanatory system. They just need to know what works.

Biodynamics seems to work for Mills, Bauer, and King. Their wines present themselves with focus, integrity, and sometimes frank deliciousness. Rather than trying to sell visitors on the integrity of biodynamics as a way of thinking, they emphasize how the biodynamic approaches strengthens the connection between their land, their work, and the people who do the work, an argument supported by what they bottle. And that’s something this scientist-humanist can stand behind.