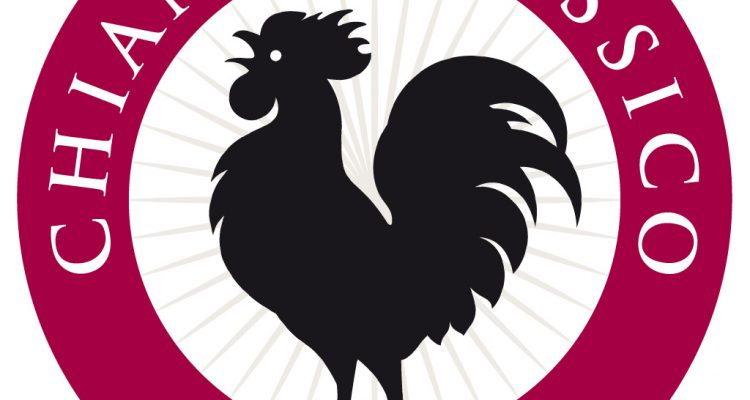 The Race of the Rooster: How Chianti earned its famous emblem

A long time ago, in ancient Italy, two neighboring republics were established – the Republic of Siena and the Republic of Florence. And between these two regions was a place called Chianti Classico.

It is unclear where the name “Chianti” comes from, but it’s almost certainly Etruscan – the people who brought viticulture to the area some 2,500 years ago. The name is probably a variation of Clanis (the ancient name for the local Masellone creek), Clante (the name of an Etruscan family), or the Latin verb clango, which means “to make a ringing noise,” as in the sounding of horns before a hunt. What is clear is that Siena and Florence battled for decades to stake claim to the area.

According to legend, in the early 1200s, it was decided that the matter of rule would be settled by arbitration. A man known as the Podestà of Poggibonsi was called in as umpire, and decreed that two horseman should set off at cock’s crow on a designated day, one from Siena to the south, and the other from Florence to the north. Wherever these expert riders would meet, would decide the boundaries of each territory.

So the fate of the region was significantly dependant upon the early waking of a rooster. For theirs, the Sienese selected a fat, pampered white rooster; the Florentines chose a black one. But whereas the people of Siena had chosen a spoiled, languorous cock, the tricksters from Florence locked theirs in a pen, with no sunlight and no food, for days.

On the morning of the race, the white rooster awoke lazily at sunrise, but the black rooster – the one that had been scared and starved into a panic – was released from his confines early in the morning. As the story goes, it was so out of sorts from captivity, it began crowing like crazy as soon as it was let out of its pen, even while the moon was still in the night sky.

The Sienese rider only traveled about 8 miles before he was met by the other horseman. Florence’s new boundary was drawn at the meeting spot, near Croce Fiorentina. Thanks to a scrawny black rooster, the majority of the region fell under the jurisdiction of the Republic of the Red Lily.

In 1384, the Lega del Chianti (Chianti League) chose a black rooster set against a golden background as the emblem for the area, but the first mention of a Chianti wine from the region was recorded in 1398 (interestingly, it was a white wine, and certain trade partners appeared to have referred to it as “Florence”), but the zone wouldn’t be defined for another 300 years, when the Grand Duke of Tuscany – Cosimo Medici III – established boundaries for the production zone, in 1716. In 1927 a Consortium of Chianti was established to regulate production of the wine. The area was granted DOC status in 1967 and DOCG status in 1984. In 2005, the silhouette of the black rooster was adopted as the official emblem for the Chianti Classico producers association.

There are two classifications for wine within Chianti Classico. If the rooster has a red border, the wine is a standard Chianti Classico and is meant to be enjoyed young. A gold border indicates the wine is a Riserva, and should be aged. They both must be made from 80% – 100% sangiovese grapes with other red grapes rounding out the blend. The wine is then tasted and tested in a lab, and the cap or cork numbered individually. Alcohol is set at a minimum of 12% by volume. Regular Chianti Classico cannot be released until October 1 of the year following harvest, and the Riserva must be aged at least 24 months, including three months in the bottle.

Are you ready to experience what the region has to offer? This list should provide you with choices that are respected, easy to find and representative of Chianti Classico, at a great price.

2008 Ruffino Riserva Ducale  ($17): Fruity, fragrant and floral with red berry and bright cherry. A little pepper and spice mixed in, with a long finish.

2007 Ruffino Riserva Ducale Oro ($27): A classic, Riserva Ducale Oro has been around since 1947. The 2007 vintage has flavors of plum, pepper, vanilla and chocolate-cherry. Expect smooth tannin, bright acid, and hints of tobacco on the long finish.

2008 Ruffino Chianti Classico Tenuta Santedame ($18): The Tenuta Santedame is packed with black fruit, mocha and cherry, with hints of baking spice and tobacco leaf against smooth, round tannin.

2007 Castello di Monsanto Chianti Classico Riserva ($20): The 2007 Monsanto Riserva (no connection to the large agricultural corporation) is packed with black cherry, earth and baking spice, with a deeply satisfying finish.