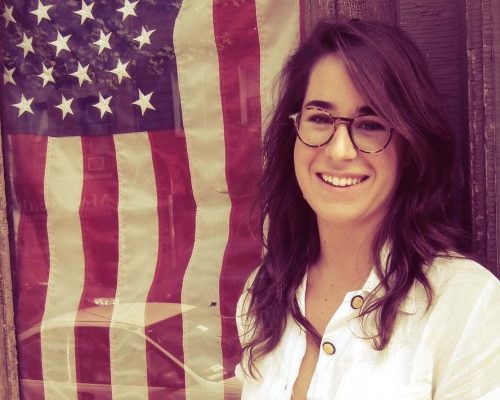 In anticipation of the upcoming 2012 Wine Bloggers’ Conference later this week the editors at Palate Press: The online wine magazine have gathered several different perspectives on wine bloggers. This week we will be running those perspectives, and taking a look at how wine bloggers are viewed by the rest of the world. After those of three Oregon winemakers, Tuesday, and of wine importer Bill Deutsch, yesterday, we are now publishing those of Talia Baiocchi, a wine writer and blogger who has written for Palate Press and is currently the wine editor for Eater.com.

Yeah, just ask a wine blogger. Kidding. First, I don’t think a blogger’s importance – or the importance of blogging in general – should be measured by influence or who moves the most boxes. I think bloggers are important because they are changing the dialogue by exposing people to new narratives and new topics that might not make it into a traditional magazine or newspaper, for a variety of reasons. In a sense, it happened at the right time. The world of wine is bigger and more complex than ever before. There are just too many regions making wine that are worth reading about for a handful of magazines and newspapers to cover. Thanks to the explosion of wine blogs, if I want to read, say, twelve different perspectives on wine from Crete, I can do that. It has also done a tremendous job of reminding everyone that there is more than one way to communicate about wine. It’s given the reader/consumer more options or access points, more choice for how they want to learn about wine. So, yes, bloggers are important. Without them we’d be reading four magazines and a few newspapers and there’s nothing progressive about that.

What have been the positive and the negative sides of the emergence of wine blogging?

Well, there are two main problems in my view. The first is accuracy. If you have a personal blog, you probably don’t have a fact-checker or an editor. And because you aren’t getting paid there is perhaps, for some, less incentive to do the research. Or perhaps research or knowledge is secondary to opinion. Some blogs seem to exhibit that hierarchy. But I believe the internet is self-regulating in a way. It has a way, naturally, of separating the wheat from the chaff. And perhaps this is a bit utopian of me, but I do believe that quality will win influence over crap. That’s not always the case, but I am less worried about the negative side of wine blogging than I am about the potential positive impact — which is, as I mentioned, a richer dialogue, more access points for consumer, and also a way into wine writing for those who might have seen it as a far more difficult endeavor just 5-10 years ago.

How—and how much—has blogging changed since the early days?

I am not sure if I am the best person to answer this, but I’ll give it a whirl. I started reading wine blogs toward the end of college and back then you had very few to choose from. Alder was around and Tyler Coleman (Dr. Vino), but the landscape wasn’t colored in yet. I guess the boom sort of really started to happen, at least in my estimation, around 3-4 years ago. I think there was a time when there was too much chatter and too much attention paid to it and now I see things sort of regulating themselves. Some people have dropped off (turns out it’s a lot of work) and I think the attention is being paid paid to a more manageable number of people.

Does the distinction between blogger and writer really matter anymore?

Well, this is a loaded one. This might sound like a cop out, but I think it’s really a case-by-case sort of thing. I often find that just in terms of the structure and style, the content finding its way onto blogs is often distinct from more traditional journalism. But that’s a pretty big generalization. I think there are blogs (take Mike Steinberger’s Wine Diarist and Jim’s Loire, for two) that are backing their content up with serious reporting. There are also blogs, like Hawk Wakawaka’s, that are less about reporting and more about narrative. She is putting out personal, very raw content that is very well written, but might never make it into a magazine or a newspaper. This is how blogging is best serving the wine world. So, to answer your question, I think there are plenty of blogs that blur the line between blogger and journalist or writer, and others that do not. But I also don’t consider blogger to be a more pejorative word than writer; one is not better than the other, they’re just different. And that’s a positive thing.

What is the actual influence of bloggers on the wine industry and the wine market? How much of an impact do they have on sales?

Again, I might not be the best person to answer that. It’s still the magazines that move the boxes, for the most part. Has blogging decentralized that a bit? Definitely, but I don’t know if it’s going to dethrone the powers that be, so to speak. I think it’s a slow chip and I think they may be impacting sales on the lower end, but not so much on the high end.

I think it’s trying to not forget who it is you’re writing for. Once a wine blogger or a writer receives a certain amount of visibility, there’s criticism that comes with it, a bit more anxiety, etc. And everyone starts looking at what the other person is doing, and sooner or later that blogger or writer is writing for other wine writers, not the consumer. There’s a tremendous amount of insecurity in the business and I think everyone feels like they need to be an expert and in trying to prove that the writing becomes a bit disingenuous. It’s OK to be excited, it’s OK to not know something. Part of the joy of writing is the process of finding out. Fight the pressure to exude omniscience; it’s boring.

Which blogs do you read and why?

Wine Diarist for smarts, great writing and great reporting; Jefford on Monday for the same; Jim’s Loire for the same; Wine Terroirs for great narratives on small French producers with terrific detail and accuracy; Brooklynguy for honesty; Hawk Wakawaka for engaging personal narrative and honesty; The Feiring Line because Alice can write and she’s a rabble rouser even though she thinks she isn’t; Brunellos Have More Fun for its humor and energy; So You Want to Be A Sommelier? because Levi has a really weird brain; Jon Bonne and Eric Asimov’s blogs for the obvious. Jeremy Parzen’s Do Bianchi for all things Italian wine and for pictures of his cute daughter. And I still read Peter Liem’s old blog Besotted Ramblings even though he stopped writing it, like, three years ago.

If someone wants to start a blog, what is your advice to them?

Make sure you have another job. Don’t pressure yourself. Let it flow. Leave the pressure to the people silly enough to try and make a living writing about wine.