One of the most controversial topics about Californian wine—and thus, one of the most widely discussed by wine lovers—is how much Napa Cab has changed over the  years, or whether it has truly been altered. 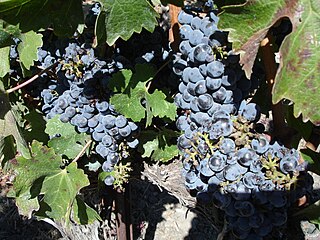 Every time I go to Napa and Sonoma with a group of wine writers, we always end up doing several Cabernet Sauvignon tastings, and questions inevitably arise as to whether the wines being produced now will age as well as the wines from 20 and 30 years ago.

When I was taught about Napa in the International Sommelier Guild program in 2000, my instructor, who had lots of California experience, stressed that most of the premium Cabernet nowadays is made very differently from the 70s and 80s. The pH is elevated (often drifting towards 4), the grapes hang longer to get rid of any green character (but this can produce raisined notes and varietal character tends to diminish), and the alcohol is higher (well, that’s just a result of the longer hang time…or is it global warming?).

It isn’t just foreign writers who think this. I’ve met quite a few Californians who are convinced this is true. I’ve read many articles about it, and, if I am to believe some of the recent stories, there is a recent move back towards more Bordeaux-style wines, at least among some producers.

My first practical experience with this, outside of class, was a Mondavi Reserve Cabernet vertical tasting around 12 years ago, with wines going back to the late 70’s. My memory of that tasting is that all of the 10+ year old wines tasted an awful lot like Bordeaux—which was my main measuring stick based on my experience at the time—whereas the recent wines bore much less resemblance to young premium Bordeaux. They had a lot of ripe fruit, and it just didn’t seem to me that they would age into the wines we were tasting from two decades ago.  And, as I was led to understand, Mondavi was less into long hang time than most of the heavy hitters.

A couple of years ago I was treated to a similar tasting at Gallo of their Estate Cabernet Sauvignon with similar results; the old wines seemed very “old world” in style, but not recent vintages. 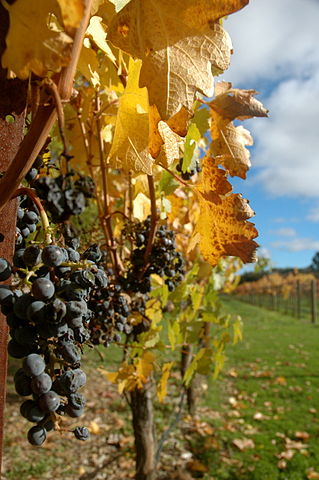 Earlier this year, I returned to California, and once again we were treated to a premium ($75-150 US) Napa Cabernet comparison tasting. This time, though, we compared current releases (2007s and 08s) from six wineries, then tasted aged versions of the same wines. The older wines were not all from the same vintage, ranging from 1988-2001. The winemakers were present, and they offered great explanations with respect to winemaking philosophy. Daniel Brown of Silver Oak was particularly entertaining, making what some would call radical comments like “No study shows that crop thinning makes better wine.”

My notes on the wines confirm two things. First, some wineries are not making wine the way Napa producers did 20 years ago. Second, I really enjoy these aged Napa Cabs. As to whether today’s vintages will taste as good in 20 years, there isn’t a single answer. My guess is that some will, some won’t.

1992: soft and smooth, with Bordeaux-like pencil lead nose, only 13% alcohol, still has some sweet fruit (My favourite of the older wines).

1992: rich, coconut aromas (they use American oak, as it turns out), with some pencil lead notes, and developed “antique wood” notes. Good acidity and a very dry finish.

1999: a shy nose, but with pleasant mineral notes, with a smooth, balanced palate. 14.4% alc shows that high alcohol was not uncommon in the 90s, too.

2001: this first vintage of Poetry still has a very fruity nose, with a bit of pencil lead,  and soft round tannins on the palate. Fruitier style than the other older wines.

1996: mineral, herbal nose, certainly less extracted than the 2008 wine, and more Bordeaux-like, with a very dry, food friendly finish. They use more new oak now than they used to.  13.8% alc.

Craig Pinhey is a wine, beer and spirits writer based in New Brunswick, Canada.  You can read more of his stuff at frogspad.ca, visit him at www.facebook.com/Craig.Pinhey.FrogsPad or follow him on twitter as frogspadca.