Exorbitant and record-breaking prices seem to define the world of wine auctions these days. While traditional names like London and New York featured prominently in such affairs in the past, Asia’s splurging has been gaining more and more attention. 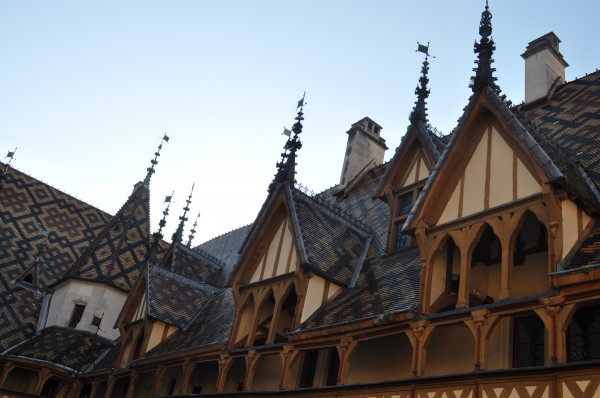 Amongst all this, the charitable auction of Hospices de Beaune presents an opportunity for bidders to contribute to a good cause. The annual auction is held on the third Sunday of November in Beaune, and wine is sold by the barrel or ‘pièce’, as they are called in Burgundy. This event has traditionally seen the local négociants and European buyers procure a major share of the available barrels for sale. Now, it has also attracted attention from Asia. 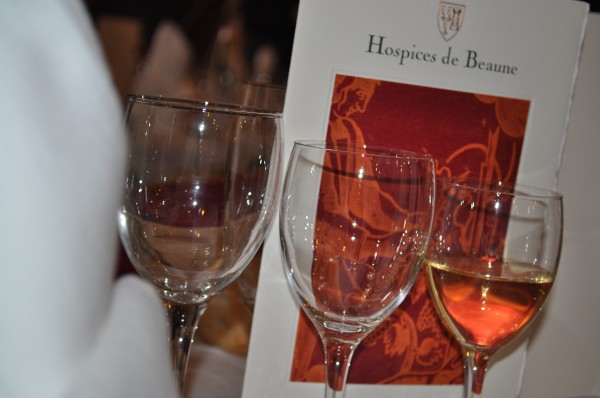 As seen last year during the event’s 150th edition, when a Chinese actor was co-host for the auction,  and through the efforts deployed by Christie’s, in the form of road show dinners and wine tastings in Hong Kong, Beijing and China, interest in the Asian continent’s potential is becoming clear. This year, whether through herds of Asian tourists flocking to the small town of Beaune in numerous buses or the final sale figures of the auction, the East is again making its presence felt.

Asia represented 13% of the total proceeds of €5,289,973 ($6.9 million), for the wine sold this year. While this figure might not seem too striking in itself, it looks more significant when put in context. Christie’s figures show that last year, at the 150th auction, Asia became the second most important region in terms of the number of registered bidders, as well as the value of wines acquired, moving ahead of the United States. The same trend was visible this year, with the US representing just 3% value of the sale and Europe remaining ever so important with 84%.

Also, when Asia buys, it likes to buy big. This was evident from the top 10 barrels sold this year: Asia made four of these big buys, through a mix of amateur and professional buyers, as Christie’s likes to classify them. Purchases were to the tune of €56,710 ($77,182) for a barrel of Bâtard-Montrachet Grand Cru, Cuvée Dame de Flandres, and €34,240 ($46,601) per pièce for  3 out of 4 barrels of the much sought-after Clos de la Roche, Cuvée Cyrot-Chaudron, Further investigation confirms that these purchases included a buyer from India. 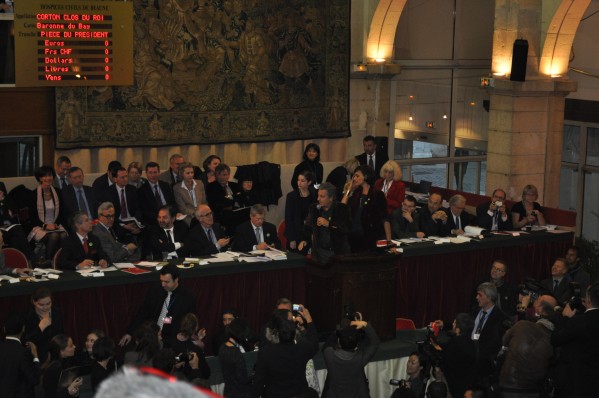 Hospices de Beaune is not merely a wine auction but a platform that represents and showcases some of the best that Burgundy has to offer. The wines from the Domaine des Hospices de Beaune and Burgundy can also offer relatively young drinking potential, contrary to the bigger wines from regions like Bordeaux. Buyers and drinkers in Asia seem to have welcomed this proposition, in the wake of the innumerable bottles they bought in the recent past and stocked up for later drinking.

So could this development be a precursor to the much talked about Asian arrival on the Burgundy terroir? As Jeannie Cho Lee MW pointed out during our conversation about what future might hold, “this is an indication about their interest”. Similar impressions also emerged during a chat with my local caviste, a few months ago, when he apprehensively affirmed, “this would only mean a surge in demand for the relatively low volume that Burgundy produces, thus further increasing the average price of a bottle”.