The Finger Lakes Region is perhaps best known for its Rieslings and Cabernet Francs, but unique hybrids like Traminette, developed by Cornell University, are the treasure of the region. Cornell released its first hybrid in 1906, but it was the cayuga white grape, released in 1972 specifically for wine production, that put the university’s viticulture prowess—and the Finger Lakes—on the map.

Few consumers outside the Finger Lakes have had the opportunity to enjoy the wines of this area that prides itself on boutique and small-scale production. Area vintners are also extremely proud of the innovative viticultural research being conducted at Cornell University. Most people would not associate this Ivy League institution with anything to do with farming. Yet, the College of Agriculture and Life Science is internationally renowned for its viticulture and enology programs, specializing in all areas of wine production, from terroir to grape varietal to winemaking. Its location in Ithaca, on the southern tip of Cayuga Lake (one of the eleven Finger Lakes), allows easy access to the lush, fertile farmland just miles outside of campus, a requirement for such research.

In 1996, some twenty-five years after its cayuga white, Cornell released a new crop of grapes, including the white traminette hybrid. Although it is still gaining traction in the area, traminette is a grape to watch. It owes its beginnings to its parent, the much better known gewürtztraminer grape.  Its other parent is the French-American variety, johannes evert 23.416.

Traminette, like other Cornell hybrids, is hardier against the region’s cold climate and more resistant to fungal disease than its parent gewürztraminer. It ripens in early- to mid-October. The wine produced from this grape is more interesting than its parent: it is floral and fruity, spicy and smooth. It is most likely not available at your local wine store, and it will be more difficult to find the further away you go from the Finger Lakes— though can be found in Ohio and around the Hudson Valley. In fact, the traminette grape is rare even within the Finger Lakes area, where its parent grape easily overshadows it. 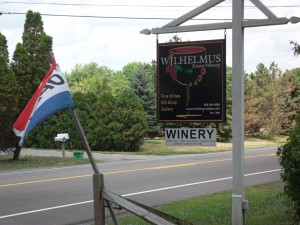 I first encountered Traminette at the Wilhelmus Estate Winery, which currently offers a 2007 Traminette F-R (“Free-Run”). The ripest grapes rupture during the picking process, and the juices collect at the bottom of the transport containers. This juice is used in the production of the wine. The result is absolutely divine. The spice from the grape dominates but does not overpower the delicate floral notes. In fact, the spice balances perfectly against the crisp, acidity, resulting in a surprisingly smooth finish and a very drinkable wine.

It is worth seeking out this winery simply to sample their Traminette F-R. Wilhelmus Estate is located on the northeastern tip of Lake Canandaigua. The winery is named after the vintner’s father, Wilhelmus Kuenen, a Dutch immigrant, who began developing award-winning wines in 1958.  His son Boud, along with wife Karen, opened Wilhelmus Estate in 2007. This boutique winery produces only 1,400 cases of wine each year, allowing the vintner’s love and care to seep into the vines and be felt in every sip. 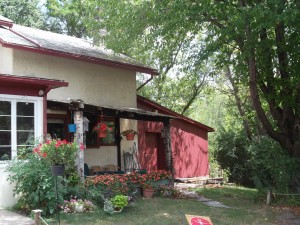 There are other notable Traminette producers in the area. Among them, Arbor Hill Grapery, on the southern end of Lake Canadaigua, claims to be the first Traminette producer in the area and markets its award-winning Non-vintage Classic Traminette as its signature wine. Goose Watch Winery overlooking Cayuga Lake earns gold medals almost every year for its Traminette. And Torrey Ridge Winery on the western side of Lake Seneca, in the heart of Amish country, recently took home a Double Gold medal for its 2007 Traminette.

Boutique wineries—utilizing unique hybrids in their wine production and leveraging the scientific work of a leading university—exemplify the strength of this region while laying a new path for the industry as a whole to follow. The traminette grape is just one of many examples of the innovative viticulture work being done today in New York State. Beyond their strengths with vinifera, the Finger Lakes is producing wine for the 21st Century by showcasing cutting-edge hybrids that provide departure from the traditional “noble” grapes that still dominate the industry. Any opportunity to sample these wines should be taken. 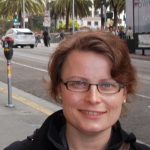 Kristina Anderson is an Industrial-Organizational Psychologist, and together with her husband, the publisher of www.localvinacular.com, a wine blog focused on wine education and enjoyment. They live in Brooklyn, NY.