Reviews:
Tucked down a winding dirt road in the wilds of Istria, Croatia, there is a small compound of buildings, the village of Persurici, which is the home of Misal Vineyards. Persurici is not really a village, more like a cluster of four or five buildings. The majority of the buildings comprise either the Misal winery or the homes of its owners, the Persuric family, including one half of the sister winemaking team Ana and Katerina Persuric. Misal is the sole winery in Croatia to produce sparkling wine exclusively.

Tucked down a winding dirt road in the wilds of Istria, Croatia, there is a small compound of buildings, the village of Persurici, which is the home of Misal Vineyards. Persurici is not really a village, more like a cluster of four or five buildings. The majority of the buildings comprise either the Misal winery or the homes of its owners, the Persuric family, including one half of the sister winemaking team Ana and Katerina Persuric. Misal is the sole winery in Croatia to produce sparkling wine exclusively. 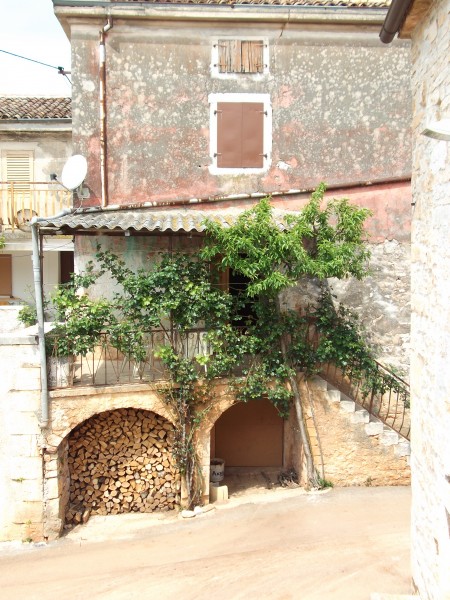 The Persuric family have been making still table wine for generations and winemaking had always been passed down through the male line, until Ana and her sister Katerina came along. Not having any brothers, they recently took over the family winemaking business from their father, who started the sparkling wine production back in 1990s.

One of Ana’s earliest memories is of working in the winery. “I remember helping my father put the labels on the bottles,” Ana recalls. “I don’t think I was much help as I was only four years old and put them all on upside down!” A childhood spent roaming the vineyards with her father prepared her for the task of becoming winemaker and although she only graduated last year from the national Agronomy School in Porec, she has gained years of experience amongst the vines. 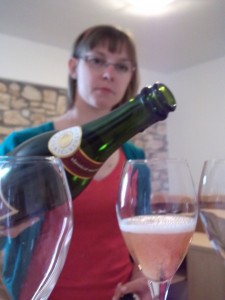 Now that their father has retired, Ana and her sister share the vineyard and cellar duties. However, if they have a dispute about the production of the wine, they do what many sisters do: appeal to daddy for mediation as well as consultation.

Ana finds that being a woman—and a young woman at that, being only 25 years old—in the traditionally macho culture of Croatia, not to mention the male dominated wine industry, can be a handicap. Ana recounted an issue she was having with too much sediment in the bottle before beginning secondary fermentation. She came up with an ingenious way of getting rid of it and when she told her professor how she had solved that problem, he told her it was impossible. Ana recalls, “I pointed out to him that it was possible as I had already done it for the previous year’s production.” Alas, her professor ignored her claim. She had other similar anecdotes, but she is one determined young winemaker not willing to let a bit of sexism get in the way of producing quality wine.

The Persuric family uses a special yeast strain from Epernay for their sparkling wine. When they began making sparkling wine, they were fortunate to have friends from Champagne who could help and advise them with any difficulties. Even now, Ana says that she calls up a friend in Epernay if she comes across a problem she can not solve on her own, although, that seems to be a rare occurrence. 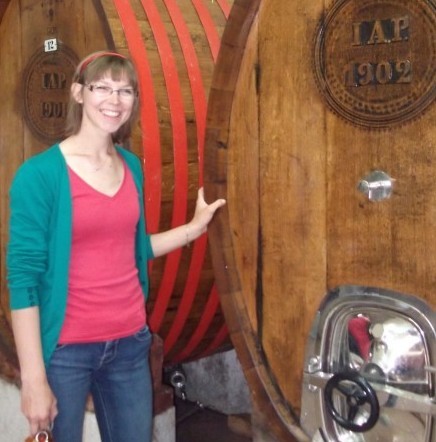 Ana with old oak barrels in the winery

At Misal Vinyards the Pesurics grow two of the traditional grapes used in Champagne—chardonnay and pinot noir—as well as the indigenous malvasia. Ana has such faith in this latter variety that she has begun making an experimental wine entirely from malvasia, with the 2008 vintage currently in barrel. Ana has high hopes of bottling the in the next year or two. Currently Misal produces six different sparkling wines, ranging from a blanc de blancs zero dosage to a sparkling red, which they recommend as a dessert wine. The current releases include Misal Prestige, Misal Blanc de Blancs, Misal Millennium, Misal Noir, Misal Rosé, and Misal Rouge.

Tasting through the Misal range, they were found to all be fresh and vibrant sparkling wines, all offering excellent body and a full, creamy texture. Some may find that sparkling wine can seem thin and acidic with harsh, bitter notes but Ana and her sister seem to have found a very good balance. While not quite Champagne, they are close to reaching the elusive quality that one finds in that French libation. 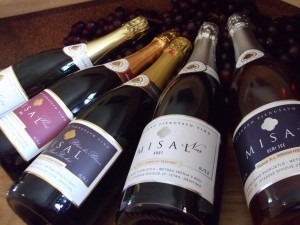 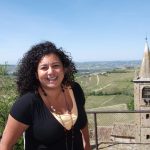 Denise Medrano (AKA The Winesleuth) is a London based professional wineblogger. She holds the WSET Advanced Certificate and has been blogging on the London wine scene as well as the European wine lifestyle associated with it for over 3 years. Denise also spent a year in Argentina studying at the Centro de Enologos de Buenos Aires. Denise is a native Californian but has been living and working within the London winetrade for the past 5 years. You can find Denise’s blog at: http://www.thewinesleuth.co.uk