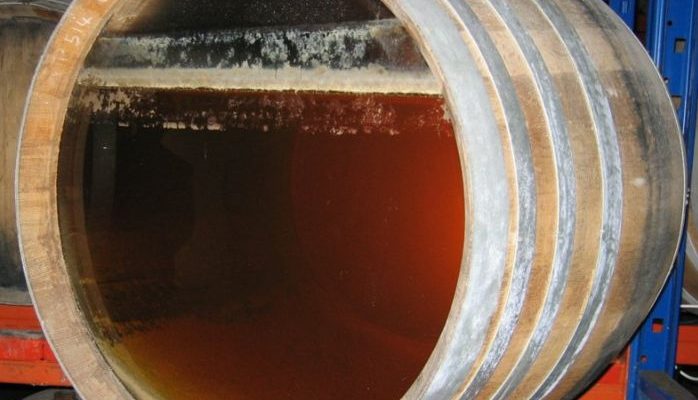 The Top Ten Microbes in Your Wine

Put your ear up to that glass of wine in your hand. Can you hear the tiny voices shouting, “Hey! How about some credit for us little guys down here?”

From a certain point of view, winemakers don’t make wine; yeast and bacteria do. Juice becomes wine by the miracle that is fermentation, the conversion of sugar to alcohol and other compounds. Since I’ve yet to see a human person ingest sugar and expectorate alcohol (whoa … don’t follow that mental image), winemakers must delegate this key operation to yeast.

It is fair to say that these fermentation organisms are underappreciated players on the winemaking team, at least in the eyes of the general public. Moreover, what about the parade of other yeast and bacteria that manipulate—for better and for worse—the sensory characteristics of our favorite beverage? And so, in the spirit of recognizing team players large and very, very small, let me introduce you to the ten most common and interesting bugs in your wine.

Saccharomyces cerevisiae – if microbes had titles, this yeast would be Chief Winemaker. Though other yeasts can help to get the process moving, S. cerevisiae does the brunt of the work in virtually all fermentations. If you think it doesn’t earn enough credit for this job, consider that what we call “fermentation” is just eating from the yeast’s point of view: yeast use the sugar in grape juice as food and excrete ethanol as a waste product. A few other interesting facts about this bug:

Oenococcus oeni (the relatively new designation for Leuconostoc oenos) – these bacteria play Assistant Winemaker on our microbial team. O. oeni are lactic acid bacteria, which means that they produce lactic acid as a byproduct of their metabolism. Together with their ability to use malic acid for energy, this means that O. oeni can perform malolactic fermentation, the “conversion” of malic acid into lactic acid. Malic acid is a much stronger acid than lactic acid, which means that malolactic fermentation lowers the acidity (and raises the pH) of wines, softening harsh edges while adding different flavors. In short, we have O. oeni to thank for some of the roundness of Cabernet and some of the buttery qualities of (many) Chardonnays. Look for much more detail on the magic that is malolactic here.

Schizosaccharomyces pombe – this yeast is interesting to microbiologists because it reproduces by fission, or dividing down the middle, hence the “schizo” moniker. (The “pombe” part of the name, incidentally, comes from the African millet beer from which it was first isolated; “pombe” means “beer” in Swahili.) Schizosaccharomyces is mighty interesting to oenologists, though, because it has the unusual capacity to metabolize malic acid to ethanol. This could be a good thing: what if a winemaker could take the edge off of a too-acidic must by pitching a bit of S. pombe? Regrettably, S. pombe has an offensive way of producing off-flavors, too. One solution may be to limit the time it spends in the must, or so the folks at Lallemand suggest. Their ProMalic® “for naturally lowering juice acidity” is essentially a giant tea-bag full of S. pombe. Suspend the bag in your must, monitor the pH, and yank the bag after the pH has risen but before a stink arises.

Brettanomyces – if you want to start a loud argument among a group of wine lovers, mention “Brett.” This yeast can perfume a wine with rank notes of sewage and animal sweat or infuse it with interesting aromas of leather and spice. Some oenophiles are of the mind that a “Bretty” wine is a faulty wine, while others don’t mind or even appreciate a touch of Brett character. If you discern a peculiar, animal-like tang in a bottle of barrel-aged red, you are probably smelling Brett’s calling card: a mixture of the aromatic 4-ethylphenol, 4-vinylphenol, and isovaleric acid that the yeast produce from grape-derived compounds. Judge for yourself: does that aroma add to or detract from your enjoyment of the wine? More details on this fractious yeast are here.

Pediococcus – “Pedio” is nearly as interesting as “Brett,” though not near so famous. Its effects in wine include excessive diacetyl (a buttery or butterscotch aroma), biogenic amines, dirty sock aromas and, worst of all, “ropiness:” a grotesquely viscous mess that occurs when Pediococcus (or perhaps some other microbes) create long polymers of sugar molecules, dextrans. Glug. Glug. On the other hand, Pediococcus may have some redeeming qualities. For one, Pediococcus is very important in fermenting veggies like sauerkraut. The bacteria have also been found in wines that are clearly not spoiled. Unsubstantiated rumors whisper that Pediococcus may even add desirable “complexity” in these cases. Expect more attention in the future as the bacteria crops up more and more often.

Acetobacter – this genus is the enological poster child of the acetic acid bacteria. Analogous to the lactic acid bacteria, acetic acid bacteria earn their name by producing large quantities of acetic acid. Acetic acid is familiar to all of us; we buy it in bottles labeled “vinegar.” In the wine world, acetic acid is more often called volatile acidity, or simply “VA,” (though, technically, measurements of VA include more than just acetic acid.) In addition to acetic acid, Acetobacter throw off acetaldehyde, described as having a “bruised apple” aroma, and ethyl acetate, which contributes the notorious “nail polish remover” scent. Obviously, no one wants much of these in their wine. The very good news is that Acetobacter are obligate aerobes: they need lots of oxygen to survive. Top up those barrels, limit oxygen exposure, and Acetobacter is much less likely to be a problem.

Kloeckera/Hanseniaspora – same yeast, two names. Kloeckera is one of those good, upstanding citizens that sits quietly in the background, lives its life without raising a stench, and doesn’t get much attention either good or bad. Kloeckera earns its spot in the hall of fame for sheer numbers: more of these yeast cover the surface of good, unspoiled grapes at harvest time than anything else. When musts are left to ferment spontaneously, Kloeckera survives and can contribute substantially to the early stages of fermentation. This yeast may be a major player in the rich fragrance of spontaneous wines that start off low, slow, and cool.

Botrytis cinerea – Botrytis is a fungus that, for all its grey, fuzzy unpleasantness, often goes by the rarefied name “noble rot” for the magnificent things it can do for wines under just the right conditions. Botrytis infects grapes during cool, wet weather. If conditions remain cool and wet, other microorganisms move in and the result is a sticky, stinking mess. If dry and sunny weather follows instead, however, the influence of other spoilage microorganisms is tempered and the result is some of the world’s most prized wines: Sauternes, Tokaji, and trockenbeerenauslese. What Botrytis does to help change rotting grapes into ambrosial amber liquid is complex beyond this discussion, but involves dehydrating the grapes and thereby concentrating the sugars, discharging metabolites such as glycerol, and producing an enzyme (laccase) that contributes to the deep golden color of these wines.

Flor yeast – The group of film-forming yeasts that cover the surface of sherry (and sherry-type wines) include specific “races” or strains of Saccharomyces cerivisiae: beticus, montuliensis, cheresiensis, and rouxii. These yeasts develop into a layer—known as a film, flor, or flower—on the surface of wines left exposed to air in incompletely filled barrels. The flor acts like living plastic wrap, protecting the wine from direct exposure to air. At the same time, the yeast metabolize ethanol in the wine to produce the huge amounts of acetaldehyde that bestow that unique nutty, bruised-apple quality to Sherry-style wines. In Jerez, from whence true Sherry hails, the flor usually develops spontaneously. Sherry-styled wines from other regions can be inoculated with starter cultures, and some are even produced in a totally different way using a “submerged flor” sustained by constantly bubbling air through the wine. A faster process but, as you might imagine,  one that sacrifices some of the finesse of true Sherry.

As you hold that glass of Chianti up to the light and think about the yeast and bacteria sliding down your throat, I should mention that most commercial wines are sterile-filtered before bottling. The motivation in sterile-filtering—a series of pads and a final 0.45µm membrane (fine enough to exclude any wine-dwelling bacteria) through which the wine passes en route to bottle—is less your peace of mind than the winery’s peace of mind. In theory, even a single yeast or bacterial cell trapped in a bottle can multiply, spoil or simply change the flavor of the wine. In the worst-case scenario, a sweet wine harboring residual yeast cells can continue to ferment in the bottle and, as CO2 is produced, the increased pressure inside the bottle (not designed for such force, unlike the special packaging used for sparkling wines) can cause the cork to pop or the bottle to explode.

That’s an extreme example, however, and some wineries choose not to filter. Not everyone thinks that the extra insurance of sterile filtration is worth sacrificing flavor and color compounds inevitably trapped by the filters. Even unfiltered wines won’t usually contain gobs of yeast or bacteria. Saccharomyces dies off at the end of fermentation in dry wines, antimicrobial levels of SO2 (sulfur dioxide) prevent some organisms from growing, and clarification and fining steps remove others. Low pH, high alcohol, and minimal nitrogen are additional deterrents to microbe growth in a finished wine. Some microorganisms will make it through into the bottle—and some, like Brettanomyes, can survive in the bottle—but ingesting these bugs isn’t dangerous for the vast majority of wine consumers who don’t have specific allergies or sensitivities.

So, if you hear tiny voices emerging from your glass of unfiltered wine, the problem is almost certainly you, not the wine.