Thoughts in the New Year from “Wine Influencers” 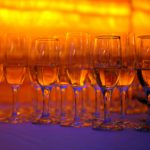 Ed. Note: With reliability akin to the sun coming up tomorrow, we can count on a couple of things from lifestyle writers at the New Year – sparkling wine recommendations, year-end recaps and predictions for the coming year.

Writer Alfonso Cevola, author of the wine blog “On the Wine Trail in Italy,” takes a unique twist on a writer’s love for hindsight and foresight analysis by telling us plenty through snippets from others:

Wine blogging will increase, mostly among those contending they’ve found spectacular bottles that will “blow your doors off” for under $15 a bottle. As with all blogging, readers should be wary of the source of such claims.

John Mariani, a longtime wine and food writer, predicts a rise in vapid wine blogs. Sigh. We’ve seen this movie before. A more bold and original prediction would have been: The quality of blogs increases as journalists have fewer outlets.

New Year’s Eve, I’m having a small party with lots of great food and fabulous wine… My philosophy is: it’s been such a lousy year, I deserve to treat myself and my friends.

Once upon a time all a wine blog needed in order to be taken seriously was to exist. In 2010 that’s no longer true. Winners and losers are starting to emerge, based on talent. Great writing may not be a sufficient guaranty of success for a wine blogger, but it is a necessary one. We’re starting to see strong writing in wine blogs and I hope that over the next several years we’ll see the modern equivalents of the greats be critically recognized.

Alder Yarrow, How Wineries Will Fail in the 21st Century, Vinography, a Wine Blog, January 6, 2010.

These days it’s hard to even get a distributor to carry your wine, and if they do, they’re not likely to do a whole lot of work to sell it. Mostly they’ll expect the wine to sell itself (better have big points). And for the last 18 months, if your wine is over $50, well then you can pretty much just forget it unless it has 97 points (or something like that).

In fact, this is, in many ways, what great wine is all about: It is all about you. By allowing other people to ridicule any wine you like or criticize the way you enjoy it, or by allowing others to decide for you what is and is not a fine wine, you are genuinely missing the point of wine, which is this: Your enjoyment of any wine is an extension of yourself, your emotions, your experiences and your circumstances when you drink it.

At the end of the day it’s the workers picking and pruning vineyards, the cellar crews lugging hoses, winemakers tasting their blends, distributors and reps out working the streets, somms and servers working tables, and retailers walking their aisles, that keep this whole thing going. Nature may make the grapes into wine, but it takes women and men to move it, to build excitement stoke the passions of the people drinking it.

Eric Asimov, An Expensive Dip in the Sangiovese Pond, The Pour, The New York Times, January 5, 2010.

My hope is that the next few years will be a period of reorientation. The terrific expansion in the Montalcino region over the last two decades will give way to thoughtful consideration of questions of identity and a rededication to making the best possible wines from Montalcino. Somehow, I’m not counting on it.

Alice Feiring, Contemplation on the Year in Wine, AliceFering.com, December 28, 2009.

Stopping Smoking After More Than 20 Years of Puffing

I still harbor the illusion that with enough readership, this blog will draw advertising and provide a modicum of income, so that while I am spending hours writing posts, reviewing wine and expressing my opinion about issues in various aspects of the wine industry, I could feel that I am not too grievously neglecting other writing work that actually pays.

Joe Dressner, I’m Afraid to Say This But…, The Amazing Misadventures of Captain Tumor Man, December 23, 2009.

Taken as a whole, the 100-pt scale really does little more than reinforce fact that critics like more expensive wines. Big whoop!

The day I decided to leave New York City, I had resigned myself to never eating great smoked fish and pastrami again (at least, not on a daily basis). But, man, let me tell you: the pastrami at Kenny and Ziggy’s ( in Houston, Texas) ranks right up there with Barney Greengrass and Katz’s.

I never thought I’d utter the words, “there IS great deli outside of New York.”

This new wine consumer does not gain prestige through buying the most expensive bottle on the list. She wants to buy the most interesting wine and be able to tell about the wine’s story, not its score. And I used “she” on purpose since 64% of wine purchases are made by women, according to the Wine Market Council.

Michael Wangbickler, Beginning of a New Year and the End of an Era, Caveman Wines, January 4, 2010.

When there are so many outlets that provide free content, how is the professional wine writer to survive?…Right now, the world of wine writing is a mixed up jumble of print and online content with everyone scrambling to figure out how to make it all work.

Ok. I’m going to give this a shot. I’m not making any promises about how often or how long I will use it.

– Alfonso Cevola, the Italian wine director for Glazer’s in Texas, has been involved in the selling, educating and advancing the cause of Italian wines since 1978. His  blog  is On the Wine Trail in Italy.